Is a charge eligible for expungement if it was dismissed following a deferred disposition?

Posted on May 2, 2017 by John Pierce
ShareTweet 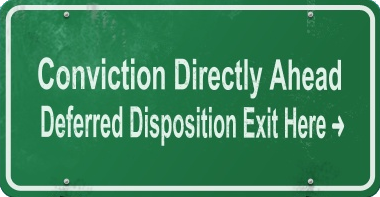 Virginia offers the possibility of a ‘deferred disposition’ for first time offenders of a number of crimes, including most misdemeanor ‘property’ crimes.

In a deferred disposition case, the judge will:

a)  Hold that the facts are sufficient for a finding of guilt;

b)  Withhold adjudication until some future date;

c)  Place the defendant upon probation which imposes conditions and requirements on their behavior (for example this may include community service); and

d)  Dismiss the charge in the future upon successful completion of the probation.

Once such a charge is dismissed, the defendant may wish to petition the court for expungement.  But will such a petition be granted?

Unfortunately, the answer is “No.”

*** UPDATE:  There is now a way in which certain charges resolved by deferred disposition may be made eligible for expungement ***

But why is the answer ‘no’ in most cases (even given the update linked above)?  In Com. v. Dotson, 661 S.E.2d 473, 276 Va. 278 (Va., 2008) the Virginia Supreme Court held that a criminal charge that was dismissed pursuant to a first offender statute cannot be expunged because “[a] defendant cannot be considered “innocent” as contemplated by the expungement statute when … the trial court finds that the evidence was sufficient to prove his or her guilt.”

In Brown v. Com., 677 S.E.2d 220, 278 Va. 92 (Va., 2009), the Virginia Supreme Court further expanded upon this theme by holding that the key determining factor as to whether or not a dismissal falls within the purview of the expungement statute is whether “the evidence was sufficient to establish guilt” even if such a finding is withheld.

In summary, if a case is dismissed following a deferred disposition, expungement is generally not available (but do see the update linked above).