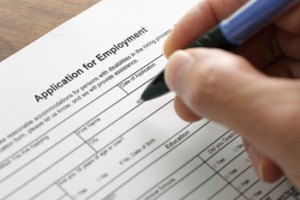 There is a lot of confusion about exactly what an expungement is where the Commonwealth is concerned.  The term is used differently from state to state and Virginia’s version is fairly limited.

Black’s law dictionary defines ‘expungement of record’ as “[t]he removal of a conviction from a person’s criminal record.”  However, with the exception of those extremely rare convictions followed by an absolute pardon, that definition does not reflect what is meant by ‘expungement’ in the Code of Virginia.

Why does Virginia even allow expungements?

The expungement of criminal records is governed by § 19.2-392.1 through § 19.2-392.4. The chapter begins with a statement of purpose in § 19.2-392.1.  It states that “[t]he General Assembly finds that arrest records can be a hindrance to an innocent citizen’s ability to obtain employment, an education and to obtain credit. It further finds that the police and court records of those of its citizens who have been absolutely pardoned for crimes for which they have been unjustly convicted can also be a hindrance. This chapter is intended to protect such persons from the unwarranted damage which may occur as a result of being arrested and convicted.”

Note that the statement of purpose defines two distinct groups of people who are intended to be helped by this process.  The first group is comprised of those with certain arrest records and the second group is made up of those who have been convicted of a crime and have subsequently been granted an absolute pardon.

Am I qualified to petition for an expungement?

Actual expungement is governed by § 19.2-392.2.  The relevant portions of the statute state that:

2. A nolle prosequi is taken or the charge is otherwise dismissed, including dismissal by accord and satisfaction pursuant to § 19.2-151, he may file a petition setting forth the relevant facts and requesting expungement of the police records and the court records relating to the charge.”

So what does all this mean in layman’s terms?  It means:

One important point that needs to be clarified is what is considered an ‘acquittal’ or ‘dismissal’ for purposes of this statute.  In a series of cases, the Supreme Court has limited the applicability to cases in which the court failed to find evidence sufficient to prove his or her guilt.

So … what does that mean exactly?

In Com. v. Dotson, 661 S.E.2d 473, 276 Va. 278 (Va., 2008) the Virginia Supreme Court held that a criminal charge that was dismissed pursuant to a first offender statute cannot be expunged because “[a] defendant cannot be considered “innocent” as contemplated by the expungement statute when he or she enters a plea of nolo contendere and the trial court finds that the evidence was sufficient to prove his or her guilt.”

In Brown v. Com., 677 S.E.2d 220, 278 Va. 92 (Va., 2009), the Virginia Supreme Court further expanded upon this theme by holding that the key determining factor as to whether or not a dismissal falls within the purview of the expungement statute is whether “the evidence was sufficient to establish guilt” even if such a finding is withheld.

Finally, in David Hill Eastlack v. Commonwealth of Va.., 282 Va. 120, 710 S.E.2d 723 (Va., 2011) the Virginia Supreme Court held that a finding of ‘not guilty by reason of insanity’ does not allow one to petition for expungement since “[a] person who has been found “not guilty by reason of insanity” of a criminal charge has not been acquitted in the sense that he has been determined to be innocent of the commission of the criminal act charged. Rather, he has been excused from criminal responsibility for the act because his mental condition at the time of the offense crossed the borderline of legal insanity, precluding a finding that he possessed the mens rea requisite for conviction.”

If I qualify to petition will I definitely get an expungement?

A determination that you are qualified to petition for an expungement is only the first step in the process.  § 19.2-392.2(F) lays out the standards by which the petition will be judged.

In the case of a misdemeanor charge, if you have no prior criminal history, you are entitled to the expungement unless the Commonwealth can show good cause why it should not be granted.

In the case of a felony charge, the burden is upon you to demonstrate that “the continued existence and possible dissemination of information relating to the arrest of the petitioner causes or may cause circumstances which constitute a manifest injustice.”

What does that mean?  Well … taken in conjunction with the statement of purpose in  § 19.2-392.1, you will need to provide evidence that the existence of these records has, or potentially will, affect your employment, credit, or educational opportunities.

What does your representation cost?

If you qualify, I will assist you in petitioning the Circuit Court in the jurisdiction where the charge was originally tried, appear with you for your hearing, and prepare the necessary order for the judge to sign.  I offer this service for a flat fee of $1,500 which includes any necessary travel expense for your hearing.  Note that if you have multiple charges in multiple jurisdictions, there will be a separate fee for each jurisdiction.

Also, you should know that this is no guarantee of success … only a promise to work diligently on your behalf.  Ultimately, the judge will take the totality of your situation into account in making his or her decision.