Why do some approved Form 1’s say “FORM 1 REGISTRATION” in box 4a? 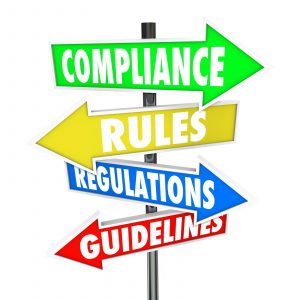 I recently received a call from a client who had received his approved Form 1 for a self-manufactured suppressor.  The Form 1 application had been submitted pre-41F via eForms.

In reviewing the approved form in preparation for having his tube engraved, he was confused as to why box 4a did not contain his trust name, city, and state as the original manufacturer.

Instead, it simply said:

His confusion was increased by the fact that one of his friends had an approved Form 1 for an SBR that was also entered via eForms and box 4a on that approved form contained the name of the original manufacturer of the lower.

He was very concerned and had two questions that he wanted answered:

a)  Where did this come from and does it indicate that his approval is invalid; and

b)  If the approval is valid, how does this impact his engraving requirements.

Let’s address these in the order asked.

Where does this come from?

The short answer is that this is an artifact from the much-maligned and mercurial eForms system (which is no longer available to trust applicants post-41F).

As for why this is the case, in the ATF eForms Bulletin from December of 2013 entitled ‘EForms 101’ (embedded below), on the top of page 10 we see the following (emphasis added):

If the applicant is creating the firearm (for example, a silencer or finishing an ‘incomplete receiver’ (that is not yet a firearm)), the applicant will be the maker under the NFA and GCA. Thus, when completing the Line Item (Add Firearm) field, click the “By Manufacturer Code’ button and enter the code ‘FMI’. This code stands for ‘Form 1 Registration’ and the entry can continue. …

So we see that, when using eForms as directed by the ATF and self-manufacturing a suppressor or building an SBR from an ‘incomplete’ (non-serialized) lower, the manufacturer was to be entered as ‘FMI’ which would result in box 4a containing “FORM 1 REGISTRATION, UNITED STATES”.

Alternatively, when using eForms to submit a Form 1 for an SBR build using an already serialized lower or upper, the manufacturer was selected from the list of licensed manufacturers and box 4a would then contain the name and address of the original manufacturer of the lower or upper.

I should note that, at various times during its service life, eForms did allow freeform entry of trust name in the manufacturers field and in almost all of these cases, the examiner would change the entry to FMI prior to approving the Form 1.  Conversely, all pre-41F paper Form 1’s will have the trust name and address in box 4a.

But these system-created variances do not in any way call into question the validity of these approved Form 1’s.  If the registrant’s information is correct, the serial number is correct and properly marked on the item, the making tax has been paid, and the ATF examiner has approved the Form 1, then the Form 1 is valid.

Good.  Now how does this affect my engraving requirements?

Let’s start by clarifying our terms.  When you are building an NFA item for yourself or your trust you are a maker, not a manufacturer.  If you look closely at the top of a Form 1 you will see that it is an Application to Make and Register a Firearm.

“You, as a manufacturer, importer, or maker of a firearm, must legibly identify the firearm as follows (emphasis added):
…
(2) By engraving, casting, stamping (impressing), or otherwise conspicuously placing or causing to be engraved, cast, stamped (impressed), or placed on the frame, receiver, or barrel thereof certain additional information.
…
(iii) Your name (or recognized abbreviation) and also, when applicable, the name of the foreign manufacturer or maker;”

The regulations are clear on what needs to be engraved.  When engraving a self-manufactured item with no original serial number, you need to engrave the following: