What impact will the Fix NICS bill have on NICS appeals?

Posted on May 4, 2018 by John Pierce
ShareTweet 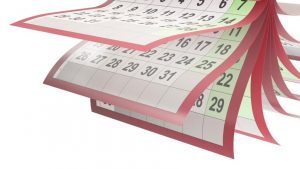 I was recently debating with a gun control advocate about the increased burden that is imposed on law-abiding gun owners when we add more and more records to the NICS system.  I was specifically discussing the prevalence of erroneous matches.

Her response to this was to dismiss it out of hand as not a problem since “there is an appeal process that they can use to correct those mistakes.”

If you are familiar with the NICS appeal process and its recent history, you will understand why I groaned at that statement.  As of today (May 4, 2018), the following screenshot shows where the FBI is in processing their backlog of NICS appeals. 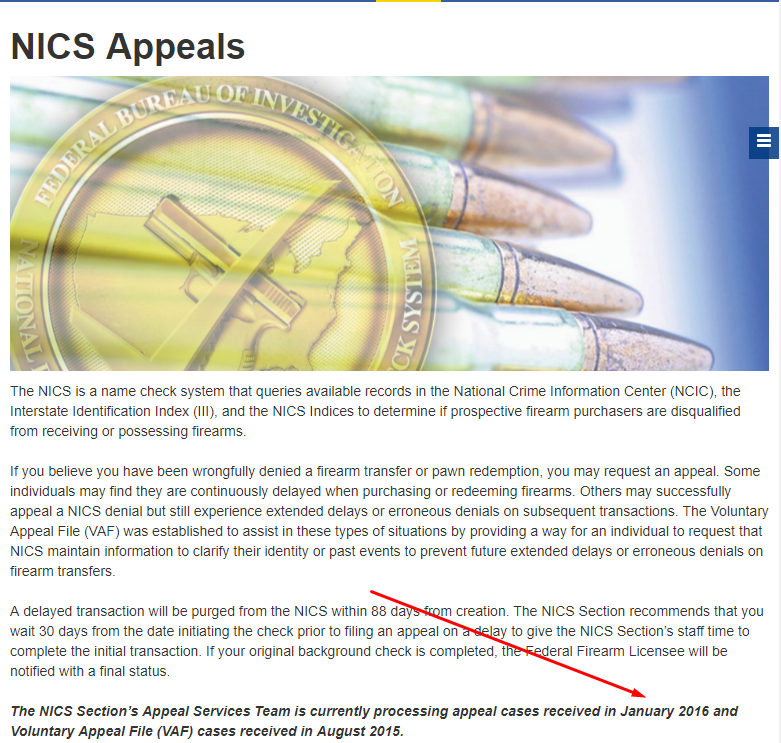 Let me do the math for you.  They are processing appeals received two years and  four month ago!  This is due in large part to the fact that the FBI, during the Obama Administration, completely stopped processing NICS appeals.

To her credit, the gun control advocate admitted that this is not satisfactory due process and expressed shock at this state of affairs.

That brings us to the Fix NICS Bill which was passed as part of the  Consolidated Appropriations Act, 2018.  This bill amends the ‘Correction of erroneous system information’ provision of the Brady Handgun Violence Prevention Act, codified at 34 U.S. Code § 40901(g) by adding the following at the end:

This seemingly imposes a hard limit of 60 days to reply to NICS appeals.  However, I am less than hopeful.  There are two reasons for my scepticism:

There does appear to be funding for increased staffing in the Fix NICS bill which might provide an incentive to reduce the backlog and live up to the new requirement.  We will have to watch their progress over the next few months to see if that is the case.