Do I need an FFL if all I am going to do is manufacture and sell cast bullets? 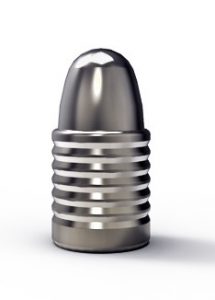 I received a call from a client last week asking this question. He wanted to start a business manufacturing cast bullets which he would then sell online and at flea markets. He was hoping that, because he was only dealing with bullets, he could avoid some or all of the regulatory burden imposed upon a completed ammunition manufacturer.

Looking at it from that perspective, your initial inclination might be to conclude that he did not need to have an FFL.  After all, the active components of completed ammunition are the primers and the powder, neither of which he was going to manufacture or sell.

However, the actual answer is “Yes.  You do need a Federal Firearms License (FFL) to manufacture and sell cast bullets.”

“Why is this?” you ask.  It is because, despite the fact that the bullet is nothing more than shaped metal, it is an ammunition component.  And federal law requires you to have an FFL if you are going to ‘engage in the business of manufacturing ammunition for purposes of sale or distribution’.  The specific requirement may be found in 18 U.S.C. § 923 which reads (emphasis added):

(a) No person shall engage in the business of … manufacturing ammunition, until he has filed an application with and received a license to do so from the Attorney General. The application shall be in such form and contain only that information necessary to determine eligibility for licensing as the Attorney General shall by regulation prescribe and shall include a photograph and fingerprints of the applicant. Each applicant shall pay a fee for obtaining such a license, a separate fee being required for each place in which the applicant is to do business, as follows:

(1) If the applicant is a manufacturer—

“But wait” I hear you cry.  “That says ‘ammunition’, not components.”

And you would be correct if that were where the analysis ended.  But, as is often the case in statutory interpretation, one must look to the definition of terms.  In this case, 18 U.S.C. § 921 provides us the definition of ‘ammunition’.

(a) As used in this chapter

(A) The term “ammunition” means ammunition or cartridge cases, primers, bullets, or propellent powder designed for use in any firearm.

Taking these two statutes together, it is clear that bullets are included in the definition of ‘ammunition’ for purposes of licensing.  But the bad news for my client didn’t end there.

ITAR stands for the International Traffic in Arms Regulations which were promulgated to implement the provisions of the Arms Export Control Act of 1976 (AECA).  The relevant section (emphasis added) is as follows:

As for what constitutes ‘defense articles’, 22 CFR 121.1 contains a complete listing under what is known as The United States Munitions List (USML).  The relevant section is contained in Category III of the list in subsection f:

(1) The components, parts, accessories and attachments controlled in this category include, but are not limited to cartridge cases, powder bags (or other propellant charges), bullets, jackets, cores, shells (excluding shotgun shells), projectiles (including canister rounds and submunitions therefor), boosters, firing components therefor, primers, and other detonating devices for the defense articles controlled in this category.

The short answer is that, those licensed to manufacture and sell cast bullets are also required to register for ITAR and pay the registration fee.

So … how bad is this fee?  It’s pretty bad.  If you are not engaged in exporting then you would be considered a ‘Tier 1’ registrant.  Therefore you would only have to pay the lowest possible fee.

A set fee of $2,250 per year is required for new registrants or registrants for whom the Directorate of Defense Trade Controls has not reviewed, adjudicated or issued a response to any applications during a 12-month period ending 90 days prior to expiration of the current registration.

These fees and licensing requirements represent a real barrier to entry into the industry and I look forward to the day when the reach of ITAR is limited to true export items.

Having said all of that, we are still left with the fact that, as it stands today, anyone who is planning to manufacture and sell cast bullets will require both an FFL and yearly ITAR registration.