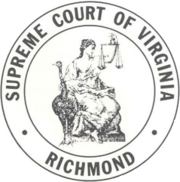 The Supreme Court of Virginia announced today that they were extending the judicial emergency yet again.

For those clients who are anxiously awaiting the ability to schedule (or reschedule) their matters, I would not put any confidence in May 17th being the actual end of the judicial emergency.    I think there is a very real chance that it will be extended yet again.

I base this belief on the fact that, in today’s order extending the emergency (see below), the Supreme Court of Virginia specifically noted that the Governor has issued a ‘stay at home‘ order that does not end until June 10th.  I do not think that the mention of June 10th in today’s order was mere happenstance.  A fourth 21-day period would effectively end with court restarting on Monday June 8th and that would roughly coincide with the end of the governor’s ‘stay at home‘ order.

I hope that I am wrong and the Commonwealth is able to safely resume the operation of our courts before June, but until we know more, we should prepare for that eventuality.  I will keep all my clients informed as the situation changes.