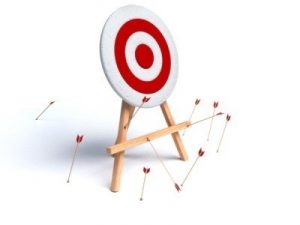 If you call me with a tax law question, I am going to refer you to an attorney who practices tax law.  The same is true with all the other areas of law that are outside my wheelhouse.

The reason for this should be readily apparent.  As attorneys we have an ethical obligation to avoid taking cases where we lack the necessary competency.

However, not everyone understands the level of complexity involved in firearms law and this can lead to disastrous consequences.

In particular, I am talking about gun rights restoration.

Over the last year I have encountered a number of purported gun rights ‘restorations’ which do not, in fact, restore the rights of the petitioner and can lead to state or federal charges against the person who believes that his or her rights have been restored.

These failed restorations generally fall into one of four categories:

1) The petitioner was convicted of a federal felony

The 1994 case of Beecham v. United States, (511 U.S. 368) made it clear that  a state does not have the power to restore the firearm rights of a person whose disability was imposed by a federal or military felony.  However, I have received calls from several potential clients who claimed that they have a signed order from their circuit court purporting to do just that.

Just to be clear … if you have been convicted of a federal felony then there are only two ways to get your gun rights back and only one of them is actually available.

This is governed by 18 U.S.C. § 925(c).  The problem?  Since 1992, Democrat-lead efforts in Congress have prevented the agency from expending any appropriated funds to investigate or act upon applications for relief.  Furthermore, the US Supreme Court held in the 2002 case of  United States v. Bean (537 U.S. 71) that this refusal to process an application is not a ‘denial’ of the request and therefore, the District Courts have no jurisdiction to review the ‘denial’.

2 – By receiving a presidential pardon.

Information and instructions for submitting an application for a presidential pardon are available here.

Therefore, absent a presidential pardon, a person suffering under a disability imposed by a federal or military felony cannot have his or her gun rights restored and any state order purporting to do so is ineffective.

2) The disqualifying charge was a misdemeanor charge of domestic violence

I have written about this before but it bears repeating here.  In early 2015 I received an email from someone who claimed that they had successfully petitioned a circuit court to restore their firearm rights after having been convicted of misdemeanor domestic violence.

2)  The jurisdictional grant of power in 18.2-308.2(C) to restore firearms rights only applies to those who are prohibited persons under Virginia law; and

3)  The federal courts have repeatedly held that states may not ‘restore’ that which was never taken away.

In one of many cases to uphold this premise, United States v. Jennings, 323 F.3d 263 (4th Cir.), the court held that “restoration of a thing never lost … is a definitional impossibility.”

This leaves a simple pardon from the Governor as the only path by which those convicted of misdemeanor domestic violence in Virginia may currently seek to remove their federal disabilities.

A court order from a Virginia court, purporting to restore rights never taken away by the State, is ineffective.

3) The disqualifying offense was from another state

Under the terms of the Firearms Owners Protection Act (FOPA),  the consequences and status of a disqualifying conviction must be “determined in accordance with the law of the jurisdiction in which the proceedings were held.”  This is codified at 18 U.S.C. § 921(a)(20).

The Virginia State Police has this to say about convictions from another state,  “While an individual may have his firearms rights restored under state law, we must determine if their rights are also restored under federal law. We have been advised that the removal of federal firearm disabilities that were imposed by a state conviction will occur under 18 USC 921(a)(20) only if the restoration of rights proceedings are held in the jurisdiction where the conviction occurred.”

Therefore, a court order from a Virginia court, purporting to restore rights taken away by a conviction in another state, is ineffective.

4) The restoration is conditional

The final category occurs when a restoration is validly granted but contains some sort of condition on the type of firearm that may be purchased or possessed, such as:

– This restoration is valid only for rifles and shotguns and does not authorize the possession of handguns.

The US Supreme Court held in the 1998 case of Caron v United States (524 U.S. 308), that a gun rights restoration must be all-or-nothing.  In other words, if there are any restrictions on the types of firearms that the petitioner may possess then the restoration order fails to remove the federal disability.

Therefore, if a purported restoration has such a condition it is ineffective.

What if I have one of these ‘failed’ restorations?

If you have a purported restoration that falls into one of these categories then I would be glad to offer you a free consultation.