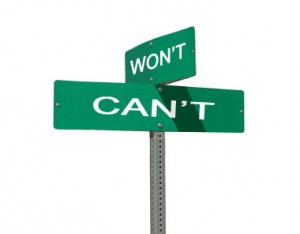 Earlier this year, I received an email from someone who claimed that they had successfully petitioned a circuit court to restore their firearm rights after having been convicted of misdemeanor domestic violence.

There are three problems with this scenario:

2)  The jurisdictional grant of power in 18.2-308.2(C) to restore firearms rights only applies to those who are prohibited persons under Virginia law; and

3)  The federal courts have repeatedly held that states may not ‘restore’ that which was never taken away.

In one of many cases to uphold this premise, United States v. Jennings, 323 F.3d 263 (4th Cir.), the court held that “restoration of a thing never lost … is a definitional impossibility.”

This leaves a simple pardon as the only path by which those convicted of misdemeanor domestic violence in Virginia may currently seek to remove their federal disabilities.

A court order from a Virginia court, purporting to restore rights never taken away by the State, will not serve as an effective defense against a federal firearms charge.

Could the Legislature fix this?  Sure they could.  But it would require political courage. It would effectively require a pro-gun politician to introduce a bill which would appear on its face to be anti-gun and which would offer a vehicle to which actual anti-gun politicians could add poison pill amendments.

In order to fix the trap which these misdemeanants fall into in Virginia, we would have to modify state law to make those convicted of misdemeanor domestic violence prohibited persons.  We could then either make restoration automatic after a period of time or require them to petition in the same manner as felons.

Senator Favola introduced such a bill in SB943 last session but it failed to make it out of committee.  Next session will offer a fresh opportunity to correct his issue under state law.