The VSP has clarified the machine gun registration issue 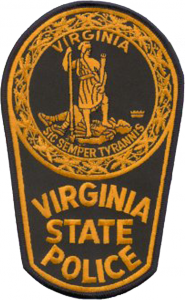 Last week I wrote about a recent Attorney General’s opinion which stated that machine guns could not be registered to trusts in Virginia.

At the end of that article, I noted that I was waiting for a callback from both the Virginia State Police and the ATF regarding the next steps for those affected by the opinion.

Today, I spoke with Virginia State Police Legal Services Officer Tom Lambert and I received some very good news for those who currently own a machine gun in a trust, have an application pending to transfer a machine gun to their trust, or those who simply wish to do so in the future.

According to Mr. Lambert, there has been quite a bit of miscommunication concerning the issue and the impact of the opinion is not nearly as dire as we have been led to believe.

Let me see if I can summarize our discussion …

Apparently the State Police has, for quite some time now, required one of the trustees of a trust to register any machine guns owned by the trust in their own name (as trustee) when submitting a form SP-115.  The name of the trust would then be entered in the field for ‘BUSINESS FIRM OR GOVERNMENT ENTITY NAME’.

This allowed the State Police to register the machine gun in accordance with their interpretation (since validated) of the Uniform Machine Gun Act while still allowing trusts to ‘own’ the machine guns for ATF application purposes.

Last year a trustee challenged this policy, demanding to only provide the name of the trust on the Sp-115 without revealing his own name.  His argument was that the trust owned the firearm and therefore the trust was the only legal entity that should be required to submit its information on the form.

That case provided the impetus for the original question submitted to then-Attorney General Cuccinelli which gave rise to the now-infamous opinion that many of us, myself included, interpreted as a complete bar to machine gun ownership by trusts in the Commonwealth.

But that is not the how the State Police interprets the situation.

According to Mr. Lambert, the position of the State Police has not changed in the slightest. AG Cuccinelli’s opinion merely validated their current process in the face of the challenge raised by the trustee who did not wish to submit his personal information to the registry.

As far as they are concerned, trusts may still own machine guns so long as the SP-115 registration form is submitted within 24 hours of the machine gun’s acquisition and is completed by submitting the name of one of the trustees in Part A with the name of the trust included in the field reserved for ‘BUSINESS FIRM OR GOVERNMENT ENTITY NAME’.

He went on to say that they are aware of Delegate LaRock’s bill (HB 1266) to correct this issue.

In the meantime, he assured me that no one needs to withdraw a pending application to the ATF nor do they need to fear if they already have a registered machine gun owned by a trust.  Machine gun collectors may breathe a collective sigh of relief.

I have also spoken with my point of contact at the ATF and he confirmed that they have been in contact with the VSP and  are aware that there is no bar to approval of machine gun applications for trusts in the Commonwealth.

So … to summarize … while it is absolutely true that machine guns may not be currently ‘registered’ to trusts in Virginia, the VSP are more than willing to let a trust ‘own’ the machine gun so long as it is registered at the state level to a trustee of the trust.