May I abbreviate my trust name when I engrave an SBR? 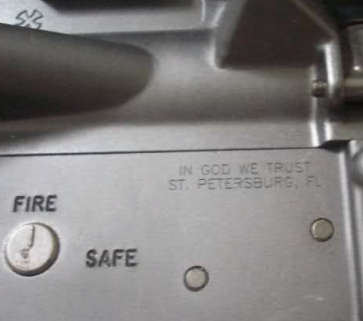 Recently a client called me to ask if he could abbreviate his trust name when he engraved an SBR.

As one might expect in the Google age, prior to calling me he had searched on the internet and, based upon what he had found there, was already convinced that it would be acceptable.

The only problem is that it’s definitely not acceptable to the ATF.

Let me reiterate that … you can not abbreviate your trust name when engraving an SBR (or any other personally manufactured NFA item).  You must engrave the full and exact name of the trust.

(a) You, as a manufacturer, importer, or maker of a firearm, must legibly identify the firearm as follows:
…
(2) By engraving, casting, stamping (impressing), or otherwise conspicuously placing or causing to be engraved, cast, stamped (impressed), or placed on the frame, receiver, or barrel thereof certain additional information.
…
(iii) Your name (or recognized abbreviation) …

That makes perfect sense when applied to an individual applicant.  For example, ‘Jr’ is a ‘recognized abbreviation‘ for Junior when used in the context of a name.  The use of the abbreviation does not change the legal person which is being referenced.

However, the same is not true where a trust is concerned.  A trust, by definition, is a legal entity with a specific name.  In that context, the ‘John Pierce Junior Trust’ is absolutely not the same thing as the ‘John Pierce Jr Trust’.

The ATF has actually rejected Form 1 applications when the proposed engraving did not match the full legal name of the trust.  See the following rejection letter which has been widely distributed amongst the NFA community. 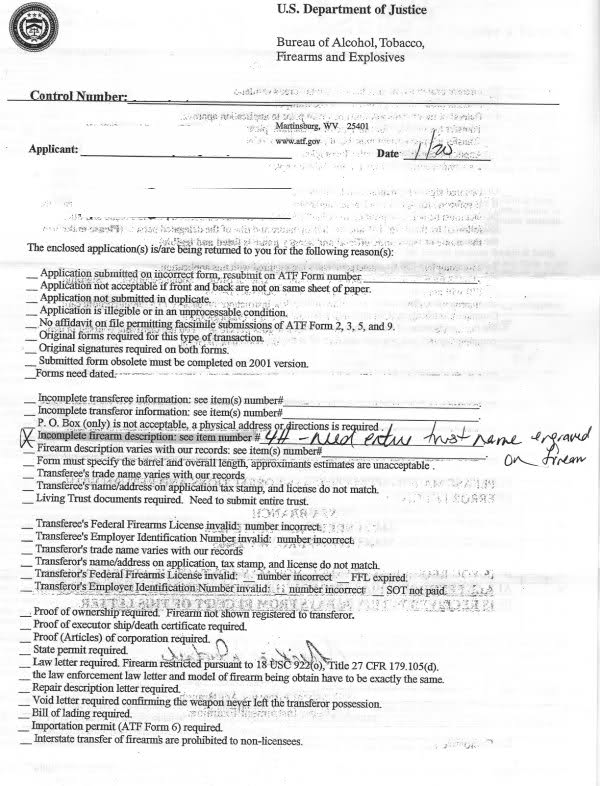 These types of issues can be avoided by working with an experienced attorney to draft your NFA trust.  Picking a name that is suitable for engraving is the first step in putting together a trust that will serve you both today and in the years to come.

After all, just because you are only buying a suppressor today doesn’t mean that you won’t be building an SBR tomorrow. If there is one thing that we all know about building an NFA collection it’s this … you can’t stop at just one.