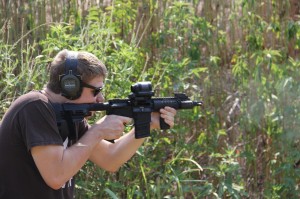 Update:  The ATF has reversed their position once again.  See my March 21, 2017 update for the latest news.

Based upon a flurry of questions from friends and clients, on December 28th of last year I wrote an article entitled “Has the ATF changed their mind about the Sig brace?”

In that article I pointed out that the ATF is seemingly taking the position that “using the brace as a stock would constitute a ‘redesign’ or ‘remaking’ of a weapon ‘designed to be fired from the should’” and therefore subject to the registration and taxation requirements of the NFA.

Several people contacted me to express their opinion that I was reading too much into the recent letters from the ATF.

It appears however that I was correct in my interpretation of which way the wind was blowing.  Today the ATF has released an open letter to the NFA community in which they ‘clarify’ their position on the use of stabilizing braces.

The entire letter is embedded below but the key messages from the letter are:

Despite the absurdity of a position that misuse of an item constitutes a remaking of that item, it appears that the age of the ‘poor man’s SBR’ has come to an end.