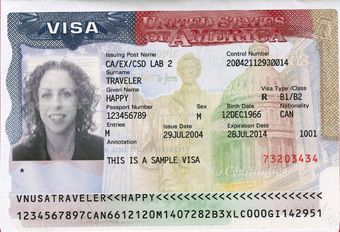 In the United States, citizenship is a complicated issue and it becomes even more so when firearms are involved.  A very common question I am asked is “May non-immigrant aliens buy firearms?”

The answer, as is often the case with legal questions, is “maybe.”  To fully answer the question, we need to further explore the details of a given client’s immigration status.

I should note that this particular article is focused on the issues faced by non-immigrant aliens and does not address green-card holders, who are generally treated like U.S. citizens where firearm laws are concerned.  I have a separate article on green card holders and firearms which goes into further detail.

Returning to today’s question of “May non-immigrant aliens buy firearms?”, we will first address federal law.  You start by asking whether or not the client is a ‘documented’ alien.   This means that they have one or more of the following (even those admitted under refugee status will have one or more of these):

If the client is undocumented, then they are not able to purchase, possess, or transport firearms in the United States until that requirement is satisfied.

If they have an appropriate identification number then the next key question is whether they were admitted under a Visa.

If they were NOT admitted  under a Visa (e.g. Visa Waiver Program) then they MAY purchase and possess firearms in the United States as long as they are not otherwise prohibited and do not require any further exceptions to qualify.  The ATF has a Q&A document available here with more details.

If they WERE admitted under a Visa (student, etc.) then they may only purchase and possess firearms under federal law if they meet one of the exceptions laid out in § 18 USC 922(y)(2).  It states:

An alien admitted to the United States under a non-immigrant visa is not prohibited from purchasing, receiving, or possessing a firearm if the alien:

(1) is in possession of a hunting license or permit lawfully issued by the Federal Government, a State or local government, or an Indian tribe federally recognized by the Bureau of Indian Affairs, which is valid and unexpired;

(2) was admitted to the United States for lawful hunting or sporting purposes;

(3) has received a waiver from the prohibition from the Attorney General of the United States;

(5) is an official representative of a foreign government who is en route to or from another country to which that alien is accredited;

(6) is an official of a foreign government or a distinguished foreign visitor who has been so designated by the Department of State; or

The first of these is by far the most common / important.  However, one should be careful not to assume that just any hunting license will suffice.  In this article from Arizona, we see that eight Chinese students were charged, and their firearms seized, due to their having a ‘resident’ hunting license which, under Arizona state law, they were not qualified to receive.  Therefore, the firearms they acquired using the license were considered to have been fraudulently and illegally obtained.  If they had acquired a non-resident hunting license then the entire affair could have been avoided.

Before you assume that you have a handle on all the permutations, do not forget that state law may impose additional restrictions beyond that imposed by federal law.  For example, in Virginia, a non-immigrant alien (of any status) cannot possess any firearm that meets the statutory definition of ‘assault firearm’.

B. It shall be unlawful for any person who is not a citizen of the United States and who is not lawfully present in the United States to knowingly and intentionally possess or transport any firearm or to knowingly and intentionally carry about his person, hidden from common observation, any firearm. A violation of this section shall be punishable as a Class 6 felony.

C. For purposes of this section, “assault firearm” means any semi-automatic center-fire rifle or pistol that expels single or multiple projectiles by action of an explosion of a combustible material and is equipped at the time of the offense with a magazine which will hold more than 20 rounds of ammunition or designed by the manufacturer to accommodate a silencer or equipped with a folding stock.

Therefore, when asking the question “May non-immigrant aliens buy firearms?”, it is imperative that a non-immigrant alien understand not only the federal framework, but also any state limitations or prohibitions before they attempt to purchase, possess, or transport any firearms.