In Virginia may a minor transport a rifle or shotgun in a vehicle? 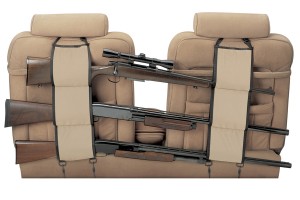 Last week I received an email from a friend who posed the following two questions (actually, his questions were somewhat more specific but I have ignored those specifics to make this article more useful to a wider audience):

1)  May an unaccompanied minor aged 16 or 17 possess and transport a loaded rifle or shotgun in a vehicle in Virginia while not specifically engaged in hunting or target practice?

2)  If not, may an unaccompanied minor aged 16 or 17 possess and transport a cased and unloaded rifle or shotgun in a vehicle in Virginia while not specifically engaged in hunting or target practice?

I think that my friend expected quick “yes” or “no” answers but this topic is quite a bit more complex than you might think and makes an excellent follow-up to my previous article on Demystifying the age to acquire, possess, and carry handguns in Virginia.

Let’s walk through the analysis.

The General Rule Regardless of Age

As the Virginia State Police so eloquently note in their firearms transportation FAQ, “Virginia does not require firearm registration nor is it necessary to obtain a permit before carrying a firearm or other such weapon openly about the person except where prohibited by statute.”

The key phrase in that statement is “except where prohibited by statute.”  We see this same language in Virginia’s preemption statute which prohibits local ordinances governing the “purchase, possession, transfer, ownership, carrying, storage or transporting of firearms, ammunition, or components or combination thereof other than those expressly authorized by statute.”

Clearly this is pointing us in the direction of our next area of inquiry … are there any statutes which would limit this general rule where loaded rifles and shotguns in vehicles are concerned?  What about statutes governing those aged 16 or 17?

State Limitations on Loaded Rifles and Shotguns in Vehicles

The first statute that immediately comes to mind is § 18.2-308.7 which completely prohibits the possession or transportation of “assault firearms” (as defined by statute) by those under the age of 18.

This statute defines “assault firearms” as:

a) Have a magazine equipped that will hold more than 20 rounds; or

b)  Were designed by the manufacturer to accommodate a silencer; or

c)  Are equipped with a folding stock

2)  A shotgun that will hold more than seven rounds of the longest ammunition for which it is chambered.

Where these so-called “assault firearms” are concerned we need go no further.  However, for completeness sake I should note that § 18.2-287.4 also applies certain limitations on the carry (which includes firearms “on or about the person”) of the same firearms in certain named jurisdictions for those of all ages.

Moving on to those rifles or shotguns that do not meet this politicized definition of “assault firearms,” there do not appear to be any further state statutes which would directly prohibit either loaded or unloaded transportation by our hypothetical teen.

So what else should we look at?  With a strong state preemption statute do we even need to worry about local ordinances?  Let’s do the analysis.

As we noted above, Virginia’s preemption statute prohibits local ordinances governing the “purchase, possession, transfer, ownership, carrying, storage or transporting of firearms, ammunition, or components or combination thereof other than those expressly authorized by statute.”  So the real question is whether there are any statutes that expressly grant localities power in this regard.

§ 15.2-1209.1 empowers the governing body of any county to adopt ordinances making it unlawful for any person to carry or have in his possession, for the purpose of hunting, while on any part of a public highway within such county a loaded firearm when such person is not authorized to hunt on the private property on both sides of the highway along which he is standing or walking; and to provide a penalty for violation of such ordinance not to exceed a fine of $100. The provisions of this section shall not apply to persons carrying loaded firearms in moving vehicles or for purposes other than hunting, or to persons acting at the time in defense of persons or property.

§ 15.2-915.2 empowers the governing body of any county or city to, by ordinance, make it unlawful for any person to transport, possess or carry a loaded shotgun or loaded rifle in any vehicle on any public street, road, or highway within such locality. Any violation of such ordinance shall be punishable by a fine of not more than $100. Game wardens, sheriffs and all other law-enforcement officers shall enforce the provisions of this section. No ordinance adopted pursuant to this section shall be enforceable unless the governing body adopting such ordinance so notifies the Director of the Department of Game and Inland Fisheries by registered mail prior to May 1 of the year in which such ordinance is to take effect. The provisions of this section shall not apply to duly authorized law-enforcement officers or military personnel in the performance of their lawful duties, nor to any person who reasonably believes that a loaded rifle or shotgun is necessary for his personal safety in the course of his employment or business.

Since § 15.2-1209.1 limits its application to those who carry a loaded rifle or shotgun “for the purpose of hunting” and specifically excludes firearms carried in “moving vehicles” it would seemingly not apply to the questions presented.

However, in the 1983 case of Wilson v. Commonwealth, the court held that evidence of intent to hunt could be implied from such potentially innocent actions as turning into areas frequented by deer or having headlights shining on deer.  Given that, one could imagine many scenarios in which our hypothetical teen might run afoul of such local ordinances.

In addition,  § 15.2-915.2 allows local ordinances that would simply prohibit loaded rifles and shotguns altogether.  And while it does allow an exception for “any person who reasonably believes that a loaded rifle or shotgun is necessary for his personal safety in the course of his employment or business,” this exception is limited to “the course of employment” and even then, I cannot imagine a judge giving such deference to most 16 or 17 year old employees.

For this reason alone, I would have to say that the answer to question 1 above should be “No” since few of us are aware of the myriad local ordinances passed by the localities we might pass through.  However since both of these state statutes only govern loaded transportation, question 2 remains open.

Is There Anything Else?

Finally, we need to research the Virginia Administrative Code.  People often forget that properly promulgated administrative regulations have the force and effect of law and that, since they are not ‘localities’, the agencies that promulgate them are not affected by preemption.

Here we find a single prohibition that seems to apply.  4VAC15-40-60(F) makes it “unlawful to possess or transport a loaded firearm … in or on any vehicle at any time on National Forest lands or [DGIF]-owned lands.”

Since many rural roads in Virginia traverse National Forest or DGIF-owned lands, this too presents a problem for question 1 above.  However, it only applies to “loaded” firearms.

Subsection H of this regulation gives us the definition of a “loaded firearm” for purposes of interpreting this prohibition.  It is “a firearm in which ammunition is chambered or loaded in the magazine or clip, when such magazine or clip is found engaged or partially engaged in a firearm.”

So once again, we find that an unloaded firearm would not cause an issue for our hypothetical teen.  Let’s look at where we have arrived with our analysis.

Based upon our review of state statutes, allowable local ordinances, and promulgated regulations, we should now be able to answer the questions presented:

1)  May an unaccompanied minor aged 16 or 17 possess and transport a loaded rifle or shotgun in a vehicle in Virginia while not specifically engaged in hunting or target practice?

“No.  The possibility of running afoul of local ordinances alone makes this an issue for gun owners of all ages.”

2)  If not, may an unaccompanied minor aged 16 or 17 possess and transport a cased and unloaded rifle or shotgun in a vehicle in Virginia while not specifically engaged in hunting or target practice?

“Generally … yes.  However, the answer where so-called ‘assault firearms’ is concerned is ‘absolutely not’ and our hypothetical teen would be subject to the same off-limits places as those over 18.”

ShareTweet
This entry was posted in Age To Possess, Minors, Virginia Law. Bookmark the permalink.