Will Virginia honor a gun rights restoration from another state? 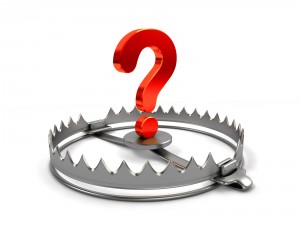 This is not a question that many people think to ask … but if they have had their right to possess firearms restored by another state prior to moving to (or visiting) Virginia then they absolutely should.

Because the answer … unfortunately … is a resounding “no!”

The entire body of law governing gun rights restoration is a minefield for the unwary but this issue is a particularly insidious trap.

In the case of Farnsworth v. Commonwealth, 599 S.E.2d 482 (Va. Ct. App. 2004), the court held that anyone who has been convicted of a felony, “under the laws of the Commonwealth, or any other state, the District of Columbia, the United States or any territory thereof” has only two options for having their rights restored as far as Virginia is concerned.

The first is to have one’s political rights restored by the governor and the second is to petition the Circuit Court in the jurisdiction where one resides “for a permit to possess or carry a firearm.”

Since a restoration by another state does not satisfy either of these requirements, it is not recognized by Virginia.

The court’s analysis is based upon the clear text of § 18.2-308.2 of the Code of Virginia which states that:

A. It shall be unlawful for (i) any person who has been convicted of a felony; … whether such conviction or adjudication occurred under the laws of the Commonwealth, or any other state, the District of Columbia, the United States or any territory thereof, to knowingly and intentionally possess or transport any firearm or ammunition for a firearm …

B. The prohibitions of subsection A shall not apply to … (iii) any person who has been pardoned or whose political disabilities have been removed pursuant to Article V, Section 12 of the Constitution of Virginia provided the Governor, in the document granting the pardon or removing the person’s political disabilities, may expressly place conditions upon the reinstatement of the person’s right to ship, transport, possess or receive firearms.

C. Any person prohibited from possessing, transporting or carrying a firearm … under subsection A, may petition the circuit court of the jurisdiction in which he resides for a permit to possess or carry a firearm …

Who needs to be aware of this issue?

1)  Anyone who has had his or her right to possess firearms restored in another state and who has subsequently moved to Virginia.

2)  Anyone who has had his or her right to possess firearms restored in another state who is visiting and will be in possession of firearm while in Virginia.  This includes hunters and those engaged in the shooting sports.

What should I do if I fall into one of these categories?

If you fall into the first category then you should petition the court in the jurisdiction where you reside for your right to possess and transport firearms to be restored.  If you are in possession of any firearms or ammunition you should immediately transfer them to a trusted family member or friend until such time as your right to possess them has been restored by your local circuit court.

If you fall into the second category then you are unfortunately out of luck.  Virginia only allows you to petition for a restoration of rights in the jurisdiction where you reside.  If you reside outside of Virginia then you cannot have your right to possess firearms in Virginia restored.  I will be writing more about this issue in my next article.

No.  While 18 U.S.C. § 921(a)(20) exempts those who have “been pardoned or [have] had civil rights restored” from federal prosecution, it does not require states to recognize each other’s rights-restoration processes.

While I may only speak to Virginia law, it is very likely that there are other states with similar issues.  If you have had your right to possess firearms restored in Virginia and are planning to move out of state … do not automatically assume that your restoration will be recognized.

Seek the counsel of an attorney licensed to practice law in the state to which you are planning to move to make sure that you will not be walking into a similar trap.