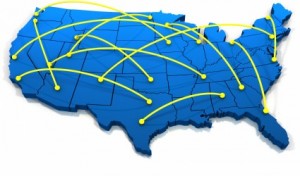 Since publishing my article about Virginia not recognizing out-of-state gun-rights restorations I have been inundated with questions.

The second group of questions was about restoration for federal offenses.  The short answer for those questions is “There currently is no method by which you may have your rights restored.”

That left those questions asking some version of whether another state would recognize the gun rights of those who have had them restored in Virginia.  Before going into the details, let me go ahead and tell you the answer … “Probably not.”

When I shared this answer with one client, he asked if I thought such a ban would survive a court challenge.  I told him that I believe it would and here is why:

In the DC v. Heller decision, the  United States Supreme Court reiterated that the “opinion should not be taken to cast doubt on longstanding prohibitions on the possession of firearms by felons.”  This seems to preclude a rights-based challenge to state felon-in-possession laws.

Without a rights-based challenge, we look to statutory law, both federal and state, for guidance.

At the federal level, possession by those convicted of a felony is addressed in a number of provisions of 18 u.S.C. § 922.  However, 18 U.S.C. § 921(a)(20) exempts those who have “been pardoned or [have] had civil rights restored” from these prosecutions. However, it does not require states to recognize each other’s rights-restoration processes.

Therefore, it is entirely up to each state as to whether they (a) allow convicted felons to seek the restoration of gun rights at all and (b) recognize other state’s restoration orders.

A few local examples that illustrate the issue are North Carolina and West Virginia.

While I am not licensed to practice law in North Carolina, a University of North Carolina School of Government guide on the topic notes that “G.S. 14-415.4(c) states that a person may petition the court for a restoration order if his or her civil rights, including the right to possess a firearm, have been restored in the other jurisdiction for at least 20 years.”

You read that right … according to the article, if you have your rights restored in Virginia and then move to North Carolina … you need only wait a couple of decades before you can petition to have them restored in North Carolina.

What about West Virginia?  While I am similarly not licensed to practice law in West Virginia, it appears that they have the same statutory issue as Virginia.  § 61-7-7(c) of the WV Code allows a person to “petition the circuit court of the county in which he or she resides to regain the ability to possess a firearm.”

So what does this all mean?  Can you summarize it for me?

While there may be states that automatically recognize gun-rights restorations from other states, I don’t have an example of one that does.

Generally you should assume that a gun-rights restoration in a given state only allows you to purchase, possess, and transport firearms in that state!