Does shoulder-firing an AR pistol equipped with a pistol brace make it an SBR? 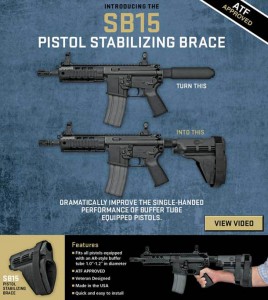 It is an undisputed fact that putting a shoulder stock on an AR pistol will result in a short-barreled rifle (SBR) subject to regulation under the National Firearms Act (NFA).

However, Sig Sauer sells a stabilizing brace that looks an awful lot like a shoulder stock but is advertised as “ATF Approved.”

What does that mean?  In simple terms, it just means that the ATF’s Firearms Technology Branch (FTB) has determined that it should not be classified as a shoulder-stock.

But why?  Is it a question of ‘intended’ use? As the ad from Sig Sauer demonstrates, it is not intended to be a shoulder stock.  Rather, it is intended to function by strapping the AR pistol to your wrist. 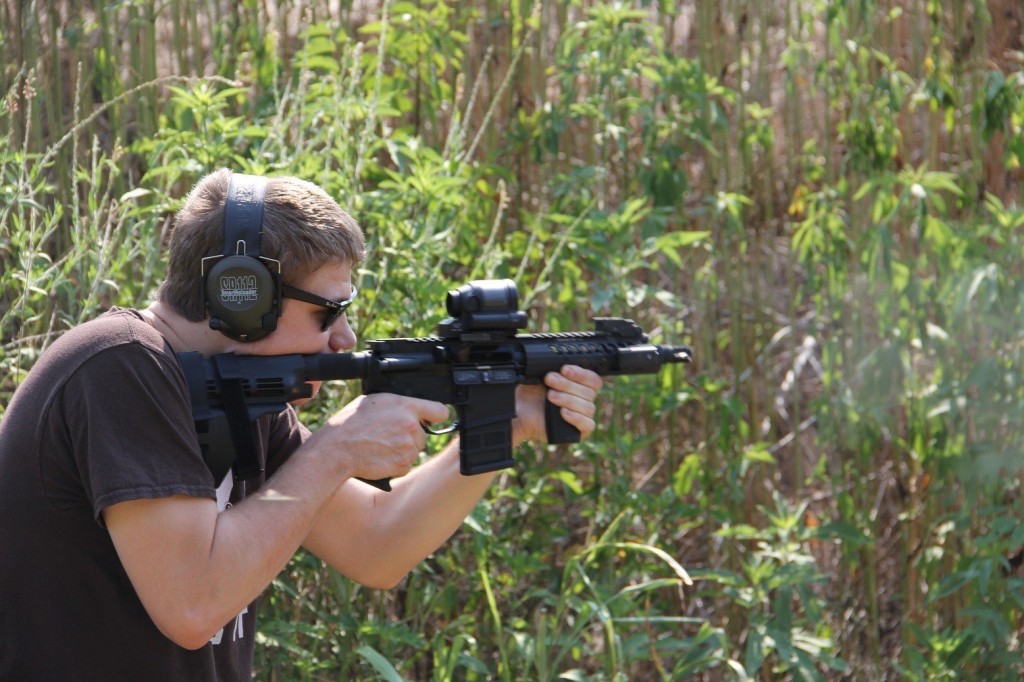 In fact, a lot of people have wondered how it would function as a shoulder stock and have even conducted reviews of how well it functions in that regard.  Alex at The Firearm Blog for example declares it to be  “very comfortable and is almost like having a giant recoil pad on the back of your gun.”

Given that glowing review, one can certainly imagine quite a few people choosing to occasionally shoulder fire their AR 15 pistols thus equipped.  But what will the ATF think if such activities become commonplace?  Thanks to Sergeant Joe Bradley of the Greenwood Police Department in Colorado we have an answer (at least for now).

In their letter to Sergeant Bradley, the ATF reiterates that using a pistol brace to shoulder-fire an AR pistol does not render the pistol an SBR under the auspices of the NFA.  The complete letter is presented below for your enjoyment.

I predict a brief sales surge in the pistol brace industry. 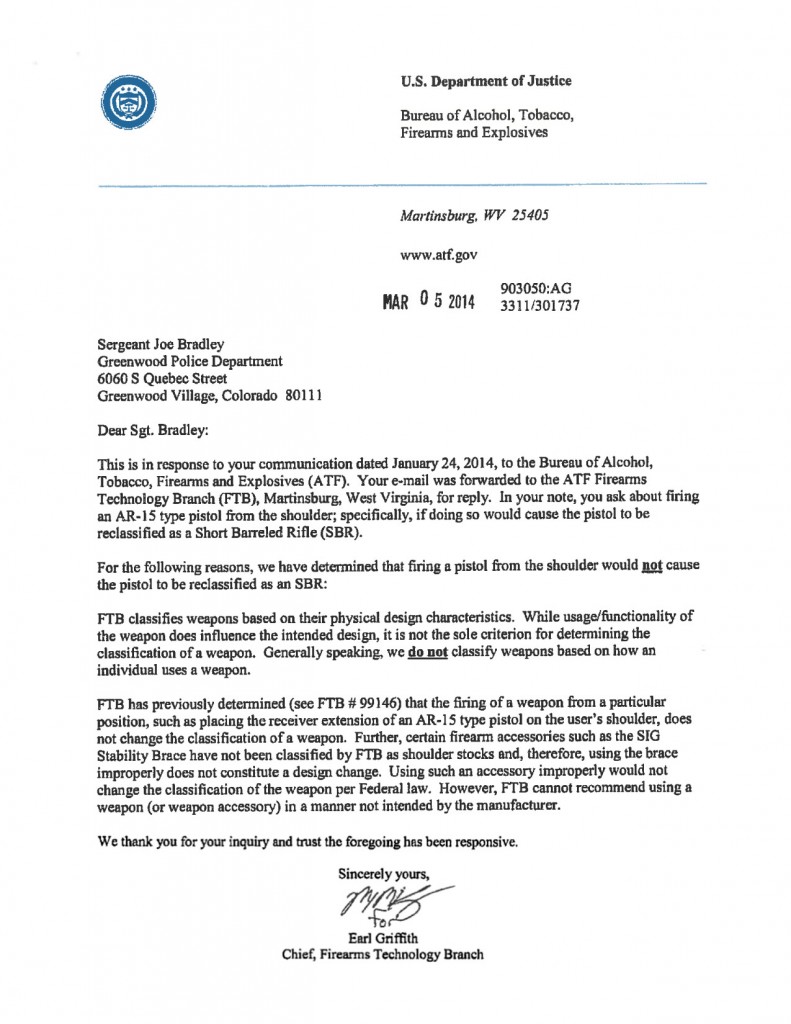