The end of eForms?

For NFA collectors and dealers the ATF’s eForms system has been both a stunning success and a frustrating challenge.

The simplified application process and greatly reduced processing times undeniably made eForms the preferred method for submitting your NFA applications.  However, these benefits were offset by periodic outages and frequent times during which the system was up, but virtually unusable.

Over the last several weeks, the ATF tried to address the issues by having multiple shutdown periods during each day.  But the issues continued.

Apparently someone decided that enough was enough.

Those who logged into the ATF eForms system yesterday were presented with the following message. 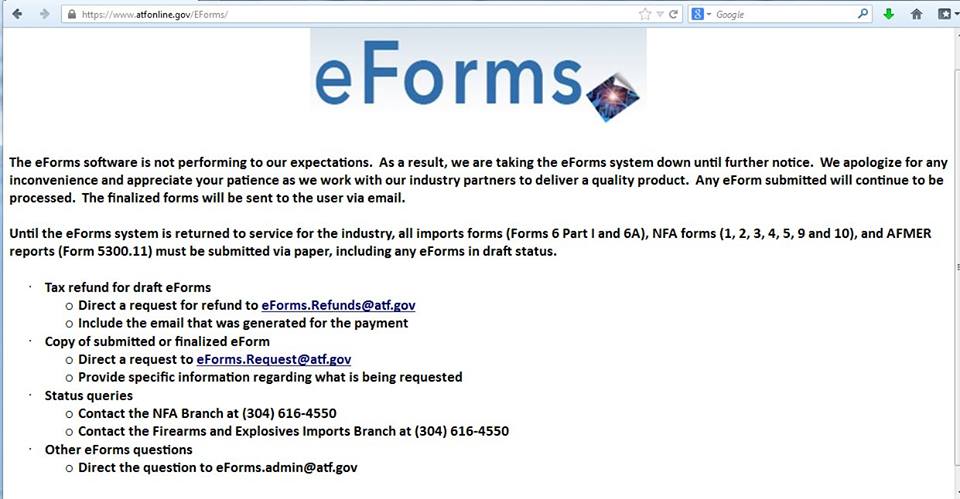 As of this morning, the message has been modified somewhat.  It now reads:

Based upon the messages, it appears that those who have already submitted their eForm applications will be processed.  However, it also appears that any eForms in draft status will have to be resubmitted on paper and refunds will need to be requested of the tax payments made for these applications.

Does this really mean the end of the eForms system?  No one knows for sure.  I will keep you updated as I learn more.  In the meantime, all applications at this point should be made via the paper application process.