Can the ATF use information provided on an NFA application against me? 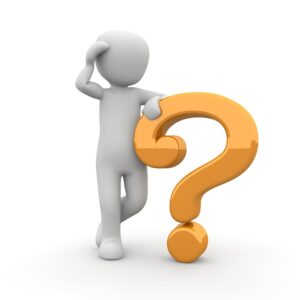 There has been quite a bit of discussion online as to whether the amnesty registration offered as part of the arm brace rule (2021R-08F) is a ‘trap’ in the legal sense.

In other words, can the information you provide on your Form 1 application be used against you in a criminal proceeding?

Perhaps there might be an issue if your application is denied due to a failure of the background check being completed in a timely manner.

Or maybe the issue is that the arm brace equipped pistol you are attempting to register has a 922(r) compliance issue now that it is being considered to be a rifle (more about this in a future article).

(a)General rule
No information or evidence obtained from an application, registration, or records required to be submitted or retained by a natural person in order to comply with any provision of this chapter or regulations issued thereunder, shall, except as provided in subsection (b) of this section [furnishing false information], be used, directly or indirectly, as evidence against that person in a criminal proceeding with respect to a violation of law occurring prior to or concurrently with the filing of the application or registration, or the compiling of the records containing the information or evidence.

(b)Furnishing false information
Subsection (a) of this section shall not preclude the use of any such information or evidence in a prosecution or other action under any applicable provision of law with respect to the furnishing of false information.

Sounds pretty watertight right?  Not exactly.  The courts have ruled on this matter several times in the intervening years.  In U.S. v. Hunter,843 F. Supp. 235, 249-253 (E.D.Mich. 1994), the court ruled that, as long as the information was not used “as evidence,” but merely for purposes of initiating an investigation, there was no violation of the statute.

So, what exactly does that mean in the current context?  It means that the information provided as part of your application, including any attached schedules admitting possession of a given item, may not be introduced against you as evidence in a criminal proceeding.

However, it could form the basis for starting an investigation if there was something revealed that caused them to believe you were committing a crime other than merely possessing an otherwise legal item equipped with an arm brace during the amnesty period.  If that investigation yielded independent evidence then that evidence could be used against you.

But that is a scholarly analysis of how the courts have ruled on the protections offered by the statute, not a prediction of how the ATF will handle the arm brace amnesty issue.

While no one can predict how the ATF will act in a given situation, I do not believe that there is any intentional trap or intent to prosecute those who legitimately attempt to comply with this rule once it is published.  However, with a rule of this complexity, there is always the possibility of unintended consequences.

It will be incumbent upon those of us in the legal community to closely monitor the implementation of this rule once it is published and keep our fellow gun owners informed.