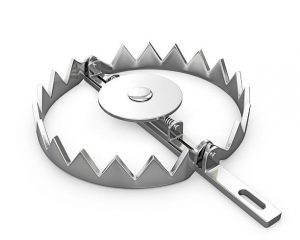 These two sub-sections generally prohibit the acquisition, possession, and transportation of firearms by any person “who has been convicted in any court of a misdemeanor crime of domestic violence.”

While Virginia has its own statute which governs Assault and Battery Against a Family or Household Member (§ 18.2-57.2), the federal prohibition has a broader definition of “misdemeanor crime of domestic violence” which is found in 18 U.S.C. 921(a)(33).

That definition tells us:

the term “misdemeanor crime of domestic violence” means an offense that—

(i) is a misdemeanor under Federal, State, or Tribal law; and

But that isn’t how the courts interpret this statute.  The Supreme Court addressed this exact issue in the 2009 case of United States v. Hayes (482 F.3d 749).  They held that the statute need not include the existence of a “domestic relationship” as an element of the crime.

With that in mind, the following chart illustrates the process by which a person can evaluate whether a given conviction satisfies the federal definition (click on the image for a larger, more readable version). 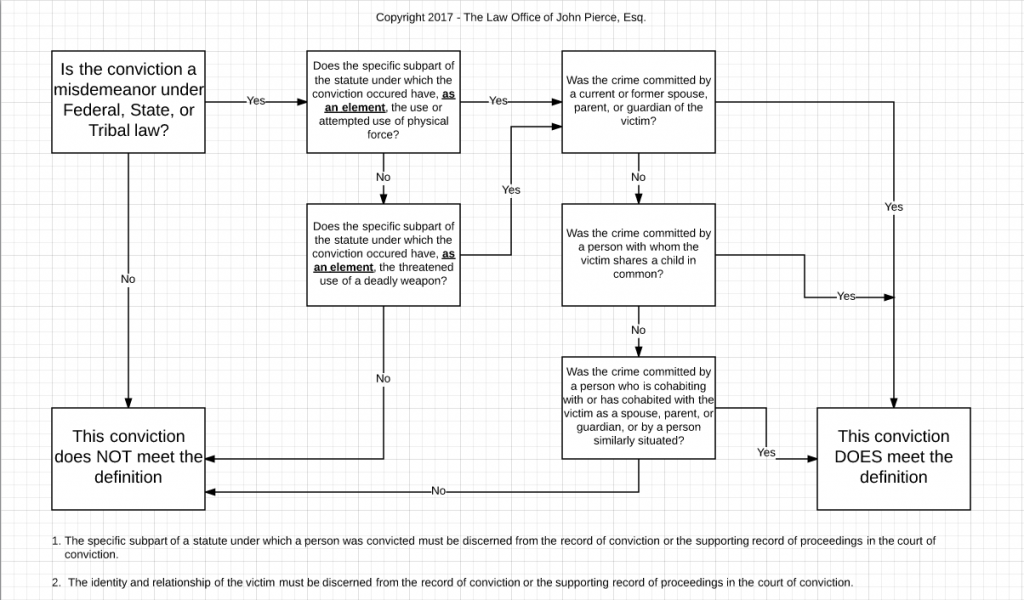 So what does all this mean for Virginians?

It means that a person does not have to be convicted under Virginia’s Assault and Battery Against a Family or Household Member statute (§ 18.2-57.2) in order to be prohibited under the federal definition.

A misdemeanor conviction for any crime which involves the use (or attempted use) of physical force or the threatened use of a deadly weapon would suffice.  This might include simple assault and battery, sexual battery, unlawful wounding, or brandishing, just to name the most obvious.

However, in order for any of these to trigger the prohibition, the crime had to have been committed against one of the enumerated parties (spouse, parent, children, etc).  This leads us to the obvious question of how a given misdemeanor would be documented as involving said party.

The government’s current position on the discernment of these types of ‘factual predicates’ in varied state courts (as detailed in Attorney General Opinion, Opinions from Office of Legal Counsel, Vol. 31, May 17, 2007) is that “[t]he answer to that question may be gleaned from the record of conviction or the supporting record of proceedings in the court of conviction.”  They go on to say that “[p]olice reports [alone] cannot answer that question.”

So … a person in Virginia who was charged with Assault and Battery Against a Family or Household Member but who subsequently negotiated a plea agreement to simple assault might still suffer under the federal prohibition if the conviction record shows that the victim of the assault matched one of the enumerated relationships from the federal definition.

If you have any concerns that you might be in this situation, feel free to contact me for a free consultation and to discuss what we might do to verify your status.