Trust names must be exact when completing ATF forms 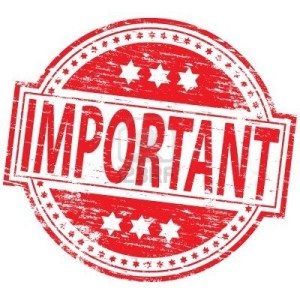 A flustered client called me earlier today from the parking lot of his local gun dealer / range with a rather startling question.

He wanted to know whether it was acceptable to change the name of his trust on a Form 4 from ‘Example Arms Trust‘, which is the actual name on the instrument to ‘Example Revocable Trust‘.

When I assured him that it was definitely not acceptable to do so, he explained that the manager of the gun store had just done that very thing on the Form 4s for the suppressor he was attempting to purchase.

Apparently, when he questioned her, she said that it “was fine and that they do it all the time.”  I informed him that if they truly did it “all the time” then those other applicants were in for a rude surprise.  Namely a letter that looks like this: 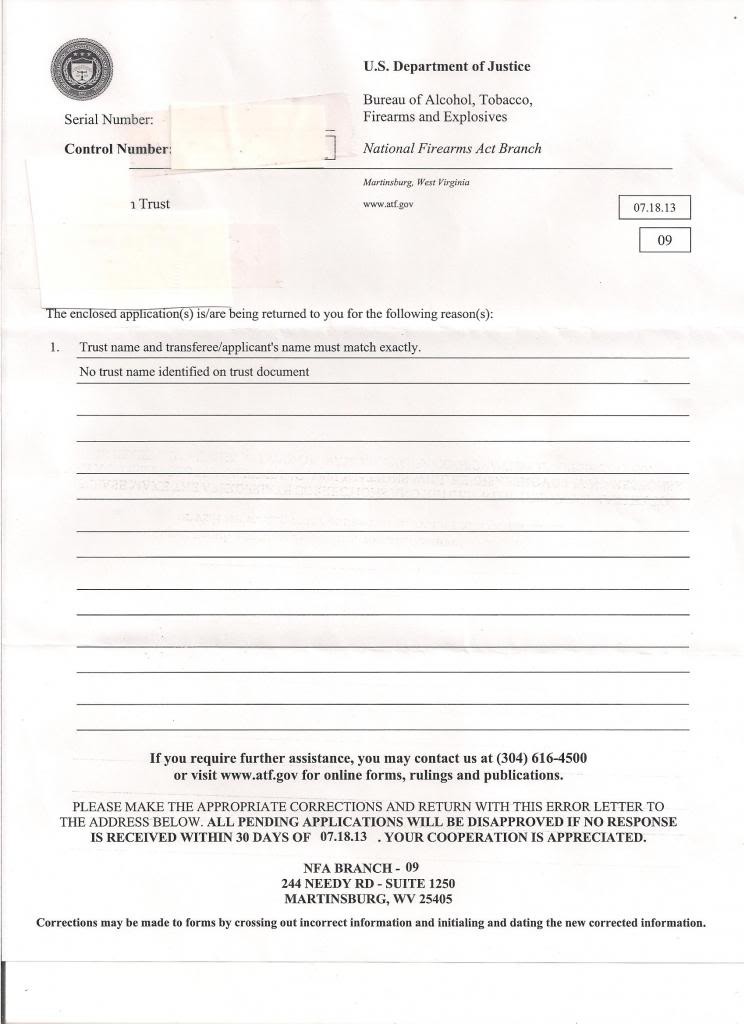 After our call, he returned to the store and asked that it be changed whereupon the manager became angry and things went downhill from there.  Ultimately though, no incorrect Form 4s were filed.

But what would have happened if the Form 4s had been sent in with the name being incorrect?

The most likely result would have been a denial letter such as the one shown above.

I have to say that I am absolutely amazed that a gun store manager would not understand the need for exactitude. After all, this is the ATF we are talking about.

Let me state their position for you clearly:

The name of the trust is not negotiable.

It is a legal name and must match exactly between the instrument and what is placed on the Form 4 (or any other ATF form).  The slightest deviation is a problem.  A friend of mine who is an FFL has had Form 4s rejected when the word ‘The‘ was erroneously added in front of the name of the trust.

But a denial is the best possible result.  If the ATF somehow erred and approved the Form 4 then you would have an item registered in the NFRTR under the name of a trust that you are not affiliated with.  This could have serious legal consequences for the owner.

So how do you protect yourself from similar issues?

1)  If your dealer is assisting you with the completion of your Form 4, make sure that the name entered on the form matches your trust name exactly.

2)  If you receive a denial from the ATF because the name does not match, contact me and I will assist you in submitting a corrected application.

3)  If you receive an approved tax stamp in a name different than that of your trust, contact me and I will assist you in either renaming your existing trust (if you have no other items registered in the original name of the trust) or in drafting a new trust to match the incorrect name.

Remember … you are ultimately the one attesting to the validity of the information you provide on the Form 4.