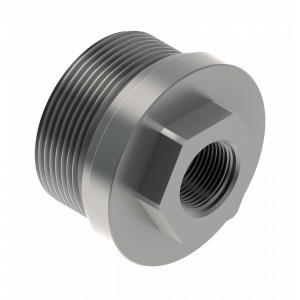 I was recently contacted by a client who was considering purchasing a threaded ‘solvent trap’ adapter and using it as the basis for a Form 1 build of a suppressor.

For those unfamiliar with a ‘solvent trap’ adapter, it is an adapter that allows an oil filter to be threaded on one end and the other end will fit a threaded barrel.

As sold the purpose is to facilitate barrel cleaning but with a small degree of workmanship, a properly sized washer, and an oil filter they can be converted into a suppressor.

That is what my client was interested in doing.  He wanted to file a Form 1 and, upon approval, legally build an inexpensive suppressor.  However, before doing so he had several questions:

1)  Which component would comprises the actual ‘suppressor’ … the adapter or the tube?

2)  If the tube is the actual suppressor (or an integral part) then would he be able to change the oil filter as it began to wear?

3)  Which component would need to be serialized?

The ATF has addressed these questions before and a copy of the relevant portion of a guidance letter can be viewed below.  But the simple answers are:

2)  While a licensed manufacturer could change out such a component, an individual or trust who made a suppressor on a Form 1 could not unless they registered a new suppressor on a new Form 1 and submitted an addition $200 tax.

3)  The adapter and the tube would share the same serial number.

Therefore, it would generally not be cost effective to plan on using a ‘solvent trap’ adapter as the basis of a Form 1 build since you would be stuck using a single oil filter for its entire service life.

However, if you really like the idea of using an oil filter as a suppressor then there is another alternative.

The relevant portion of the ATF guidance letter is as follows: 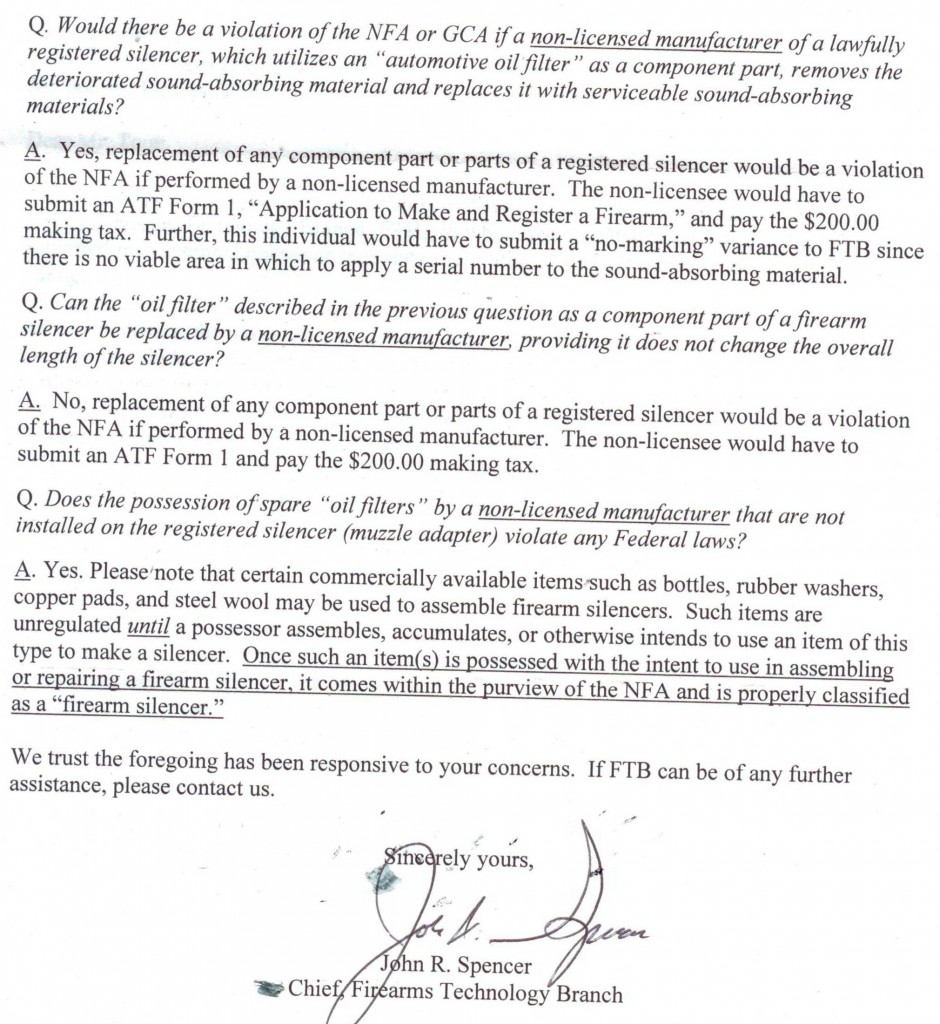