Purchase, possession, and transportation of a firearm while under felony indictment in Virginia 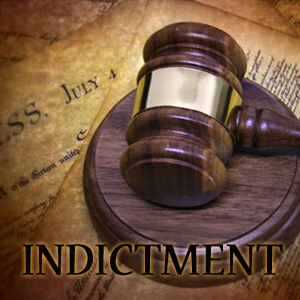 A recent posting at OpenCarry.org reveals that, when asked by clients, many defense attorneys are themselves not completely sure of the effects of an indictment on the accused’s right to purchase, possess, or transport firearms.

But an understanding of this issue is crucial for the person being indicted since a misstep can lead to additional charges, bail being revoked, and plea bargain offers being withdrawn.

In this area, federal law governs.  18 U.S.C. § 922(d)(1) prohibits the sale of firearms and ammunition to those “under indictment for … a crime punishable by imprisonment for a term exceeding one year.”

Subsection (n) of this section further prohibits “any person who is under indictment for a crime punishable by imprisonment for a term exceeding one year to … receive any firearm or ammunition which has been shipped or transported in interstate or foreign commerce.”

These prohibitions, unlike some others, do not simply apply to licensed dealers but to all sales including private sales between individuals.

Question 11(b) on the federal form 4473 completed by a prospective buyer attempting to purchase a firearm asks “Are you under indictment or information in any court for a felony, or any other crime, for which the judge could imprison you for more than one year?”

It is especially important to note than an Alford plea with deferred disposition does NOT extinguish an indictment until such time as the court actually acquits.  Therefore, during the time that the disposition is deferred, the accused remains under indictment for purposes of this prohibition.  This was the key question in the January 2014 case of Maldonado-Mejia v. Commonwealth.

Federal law also contains a prohibition at 18 U.S.C. § 922(n) prohibiting the interstate transportation of firearms or ammunition by anyone “who is under indictment for a crime punishable by imprisonment for a term exceeding one year.”

But what about transportation inside the state?  There is no state law that prohibits the transportation of a legally owned firearm by someone under indictment.  However, if the accused has a Concealed Handgun Permit (CHP), § 18.2-308.013(B) of the Code of Virginia states that:

While the statute says that the permit “may” be suspended, the accused would be well served to not exercise the privilege of concealed carry until they are certain that their permit has not been suspended.

Neither federal nor Virginia state law directly prohibits the simple possession of otherwise legally obtained firearms by a person under felony indictment.

However, it is often in the best interests of the accused to transfer ownership and control of such firearms to a trusted family member or friend until the issues giving rise to the indictment have been resolved.

This discussion may be moot in any case since the conditions of bail often will stipulate that the accused not possess firearms.  Any such stipulation would ultimately govern.