Is a background check required when picking up NFA items from a dealer for a trust? 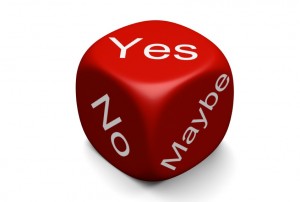 Over the last two days I have been asked this question multiple times.  It seems that there is a great deal of confusion over this issue among both NFA owners and dealers.

However, since the publication of that newsletter, the ATF has drawn a nuanced legal distinction between an individual owner picking up an NFA item subsequent to an approved tax stamp and a trustee of a trust doing the same.

In March of 2014 the ATF explained the statutory and regulatory basis for this new distinction in the following letter to Dakota Silencer.  Pay specific attention to the first two paragraphs on the second page.

In September of 2014 the Virginia State Police followed up with their own guidance to dealers.  While poorly worded it does reiterate and support the ATF’s logic from the Dakota Silencer letter.

So … the answer is “Yes” … if the tax stamp for the NFA item you purchased using an NFA trust has been approved and you are heading down to the dealer to pick it up, you will have to complete both a 4473 and a SP-65 and undergo a background check.