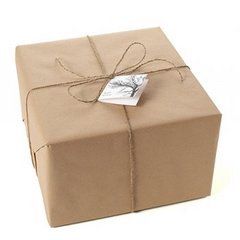 I received an email today from a client who had a question about receiving firearms from an out-of-state relative. He wanted to make sure that the transfer was conducted legally under federal law as well as the laws of both Virginia and the other state.

In his case, since neither the other state nor Virginia impose any legal requirements upon the private gifting of firearms (other than the recipient not be a prohibited person), we are just dealing with an issue of purely federal law.

However, his particular situation was complicated somewhat by the fact that the gift was occurring subsequent to the death of a family member.  His uncle had passed away and his aunt had offered to give him his uncle’s handguns.

When he called the state police in his aunt’s state of residence, they told him that he should just pick up the handguns and drive them back to Virginia.  They said that since this was an inheritance, federal law allowed a direct interstate transfer.

The problem?  This was not an inheritance!  His uncle had left his entire estate to his aunt.  His aunt, lacking interest in the shooting sports, was making a gift of the items to my client.  Therefore, the ‘inheritance exception’ to the federal prohibition on interstate transfers does not come into play.

So how should interstate gifts of firearms be handled?  Let’s start by looking at federal law.

18 U.S.C § 922 (a)(3) starts off by giving us the general rule that it is illegal “for any person, other than a licensed [party] to transport into or receive in the State where he resides … any firearm purchased or otherwise obtained by such person outside that State.“

However, there are a number of exceptions to the general rule.  The first exception is for “any person who lawfully acquires a firearm by bequest or intestate succession in a State other than his State of residence … if it is lawful for such person to purchase or possess such firearm in that State.”

This is the exception that my client initially believed might apply to his situation. However, this exception requires that the person acquire the firearm by ‘bequest or intestate succession‘ and neither was the case here.  A gift from an executor does not satisfy this requirement.

Therefore, to comply with the requirements of federal law, a person receiving a gift of firearms from out-of-state should have the person giving the gift ship the firearms to a Virginia FFL where the recipient can proceed with the transfer process.

A final note:  There is also an exception for rifles and shotgun which requires that the transfer “fully comply with the legal conditions of sale in both such States.”  Since an analysis of the various laws of all 50 states goes far beyond the scope of this article I will simply note that the exception exists.