Does the Mako magwell grip make an AR pistol into an AOW? 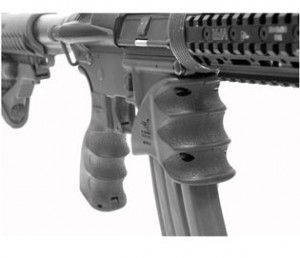 Over the last several weeks I have been discussing accessories for the AR pistol platform and the NFA classification issues that arise when they are used.

I started by discussing the Sig Sauer pistol stabilizing brace and how its use does not render the resulting AR pistol an SBR even if it is used to shoulder fire the pistol.

UPDATE: The ATF has released a letter clarifying their position on the stabilizing brace issue and this statement is no longer coreect.  For the latest information, read my article discussing their open letter.

Based upon the emails I received in response to that article, I then discussed whether or not one could add a vertical fore-grip to an AR pistol without it being reclassified as an AOW.  For those who haven’t read that article the answer is “No … not unless the overall length of the AR pistol is greater than 26 inches.”

And that brings us to today’s topic.  Does the addition of a Mako magwell grip also make an AR pistol into an AOW?  The answer according to the ATF is “No.”

The following 2011 letter from the Firearms Technology Branch classifies the magwell grip as an ‘accessory’ and holds that its addition to an AR pistol does not change the pistol’s classification. 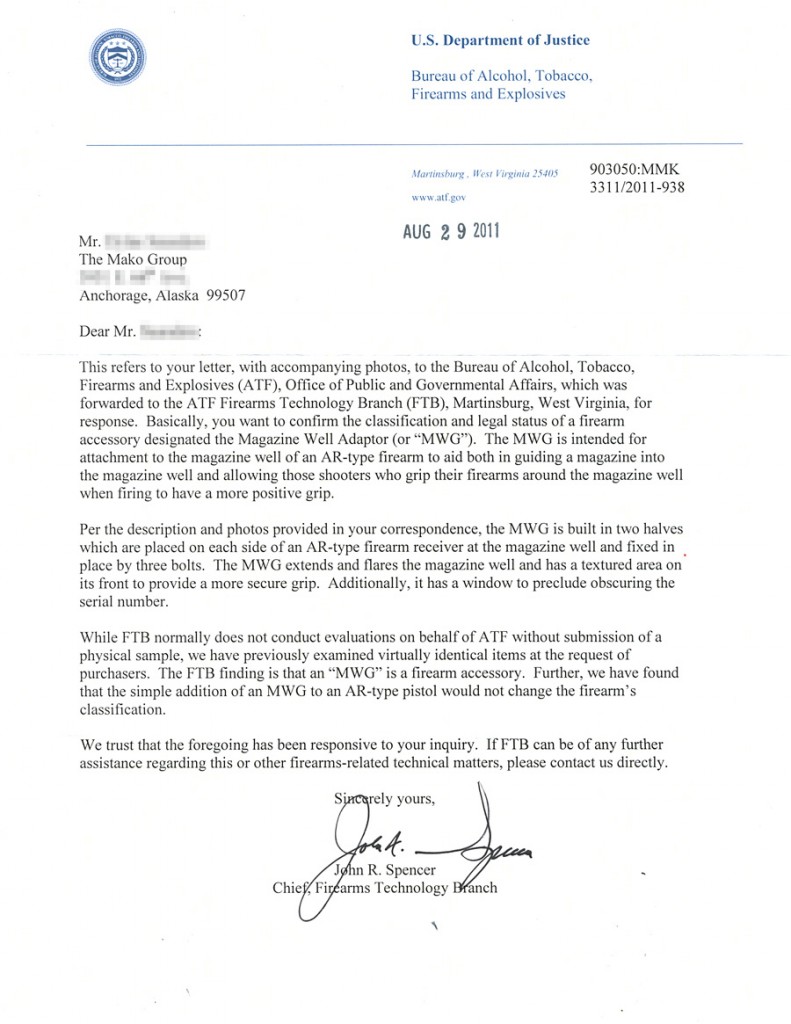