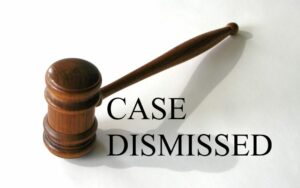 A. Upon motion of the Commonwealth to dismiss a charge, whether with or without prejudice, and with the consent of the defendant, a court shall grant the motion unless the court finds by clear and convincing evidence that the motion was made as the result of (i) bribery or (ii) bias or prejudice toward a victim as defined in § 19.2-11.01 because of the race, religious conviction, gender, disability, gender identity, sexual orientation, color, or national origin of the victim.

In layman’s terms, this means that, unless the judge presiding over a matter has clear and convincing evidence of bribery or bias in the decision to dismiss a charge, the court must grant a Motion to Dismiss from the Commonwealth Attorney unless the defendant objects.

This is great news for us criminal defense attorneys (and our clients).  It allows us to work with the Commonwealth Attorney in a given matter to find a just resolution, which does not have to include prosecution.

Next Article in the H.B. 5062 series: H.B. 5062 also changed the legal landscape for ‘deferred dispositions’ in criminal cases.