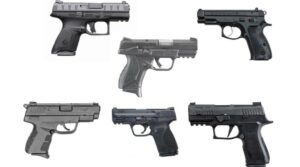 In 2020, the Democrat majority in the General Assembly enacted a ‘one handgun a month’ law.  That bill, SB69,  limited the number of handguns that a person could purchase within a 30-day-period to one.

The bill did provide a number of exceptions to this prohibition.  Most gun owners fall within the exception for those that hold a Virginia Concealed Handgun Permit (CHP).

However, those without a CHP may apply for a waiver by submitting an SP-207 Multiple Handgun Purchase Application.  Below is a completed sample of this form.  Make sure to answer all questions completely and honestly.

If you are applying for a waiver, you will complete the form and then have it notarized.  Pursuant to 19VAC30-101-30, “[t]he applicant shall deliver such application in person to (i) State Police Administrative Headquarters, 7700 Midlothian Turnpike, Richmond, Virginia; (ii) a division headquarters or area office of the Department of State Police; or (iii) any local law-enforcement agency certified by the Department of State Police as its agent to receive such applications.”

Make sure you give them correct contact information because the same regulation states that “The Department of State Police or its agent shall make one attempt to contact the applicant to notify the applicant of the issuance or denial of the certificate at a telephone number provided by the applicant at the time of delivery of the application.” 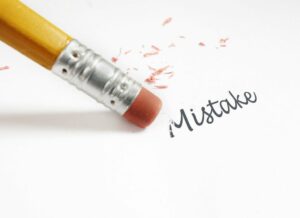 Back in 2017, I had written an article to answer the question “Is a charge eligible for expungement if it was dismissed following a deferred disposition?”

In that article I laid out the controlling case law and determined that, at that time, the answer was ‘No‘.

However, a law passed by the General Assembly during the 1st 2020 Special Session has changed this answer somewhat.

The bill, which I have written about in regards to other important changes it made, was H.B. 5062, and, among other things, it added § 19.2-298.02 to the Code of Virginia.  Subsection D of this statute addresses a way that a charge, which was resolved by a deferred disposition, might be made eligible for expungement.  The relevant section reads:

The key takeaways from this subsection are:

In the past, deferred disposition cases have frequently been dismissed after the deferral period without the defendant or defense attorney being required to appear (so long as all conditions have been met successfully).  However, going forward, if the Commonwealth Attorney has agreed to make the charge eligible for expungement, it may be in the best interest of the defendant to arrange for the defense attorney to appear on the return date to ensure that the appropriate language is included in the final dismissal order.

The new landscape for deferred dispositions in Virginia 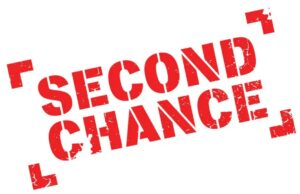 Before we discuss the significant recent changes in deferred dispositions made by the Virginia General Assembly, I should first make sure that everyone understands the concept.

“In general, deferred disposition permits a court to withhold imposition of a sentence and place conditions on the defendant that, when met, allow for the charges to be dismissed. Deferred disposition is usually accompanied by the imposition of conditions similar to probation. Upon the satisfactory completion of all conditions, and if no other criminal offenses are committed during the period of deferment, the original charge may be dismissed.”

In short, this is an excellent tool for a criminal defense attorney when our client is a first offender, or is otherwise unlikely to commit any other offense during the period of deferment … and when it is available.  Which leads us to the reason for the recent change.

Prior to the 1st 2020 Special Session of the Virginia General Assembly, the availability of deferred disposition in a given case was often the subject of some controversy.

At the time there were approximately nine code section that specifically granted courts the ability to use deferred disposition.

However, some judges and commonwealth attorneys took the position that the ability to suspend judgment and defer disposition was an inherent power of the court and could be used in most criminal cases.

Over the last fifteen years, there were several cases that made it to the Virginia Supreme Court over some variation of this question.

A. A trial court presiding in a criminal case may, with the agreement of the defendant and the Commonwealth, after any plea or trial, with or without a determination, finding, or pronouncement of guilt, and notwithstanding the entry of a conviction order, upon consideration of the facts and circumstances of the case, including (i) mitigating factors relating to the defendant or the offense, (ii) the request of the victim, or (iii) any other appropriate factors, defer proceedings, defer entry of a conviction order, if none, or defer entry of a final order, and continue the case for final disposition, on such reasonable terms and conditions as may be agreed upon by the parties and placed on the record, or if there is no agreement, as may be imposed by the court. Final disposition may include (a) conviction of the original charge, (b) conviction of an alternative charge, or (c) dismissal of the proceedings.

B. Upon violation of a term or condition, the court may enter an adjudication of guilt, if not already entered, and make any final disposition of the case provided by subsection A. Upon fulfillment of the terms and conditions, the court shall adjudicate the matter consistent with the agreement of the parties or, if none, by conviction of an alternative charge or dismissal of the case.

Prior to granting a deferral of proceedings, a deferral of entry of a conviction order, if none, or a deferral of a final order, the court shall notify the defendant that he would be waiving his rights to appeal any final order of guilt if such deferral is granted.

With the passage of this bill, deferred dispositions became widely available as an option in almost all criminal proceedings, but with the key requirement that there be agreement of  both the defendant and the Commonwealth Attorney.

If you are facing a criminal charge, make sure to discuss with your defense attorney whether a deferred disposition is a possibility and a good idea in your case.

Next Article in the H.B. 5062 series: H.B. 5062 also changed whether a charge may be expunged based upon a deferred disposition.