ATF is trying to redefine pistol braces yet again 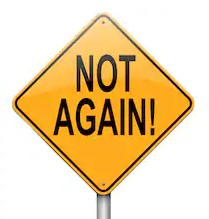 UPDATE:  The guidance document has been withdrawn.

Before we talk about the latest development, let’s take a second to bring everyone up to speed on the long history of this issue.

Back in March of 2014, a police officer from Colorado wrote to the ATF asking whether firing an AR pistol from the shoulder using a Sig brace as a shoulder pad would cause the pistol to be reclassified as an SBR.  They effectively said ‘no‘.

Then, in November of 2014, in response to a request for classification from Black Aces Tactical, they backpedaled significantly on their previous position, but did not actually reverse it.

January 2015 – All shouldering is banned

But they were just getting started down this twisted and winding road of redefinition and obfuscation.  On January 16, 2015, the ATF released an open letter on the stabilizing brace issue in which they took the position that:

On January 5, 2017, the counsel for SB Tactical, LLC sent a letter to ATF Acting Director Thomas Brandon requesting reconsideration of the position taken in the January 16, 2015 open letter.

The ATF officially responded to this request on March 21, 2017 in a letter in which they claimed they were not reversing their previous position but in effect did just that. The entire letter is linked above but the key elements from the letter are:

December 2020 – Forget all that we said in the past.  An SBR is whatever we say it is on any given day

To those who are able to read sarcasm, let me just say that “I am certain the fact that this was released shortly after the Biden transition team met with the ATF is purely coincidental.”

On Friday December 18, 2020 the ATF published a request for comments in the Federal Register entitled Objective Factors for Classifying Weapons with “Stabilizing Braces”.

In that ‘guidance document’, the ATF basically says that the manufacturer’s intent, and even the end-user’s intent, does not matter.  All that matters is the ‘objective design features’ of the item (as determined by the ATF of course).

In their own words:

If ATF’s classification of a submitted sample demonstrates that the objective design features of the firearm, as configured, do not support the manufacturer’s purported intent and characterization of the accessory on that particular firearm as a “stabilizing brace” or “arm brace,” ATF will classify the firearm based on the objective design features, as Federal law requires.

They go on to list 15 different criteria to identify said ‘objective design features’ (none of which provide quantitative guidance) but then goes on to say that even this list isn’t really the final word.

These factors are based on known stabilizing braces and similar attachments. No single factor or combination of factors is necessarily dispositive, and FATD examines each weapon holistically on a case-by-case basis. Because of changes in design or configuration of a weapon or attachment, as well as future changes in technology, this list is not exhaustive and other factors may become relevant to a weapon’s classification. Moreover, in addition to the objective design features of a submitted sample, FATD also considers the marketing of both the item and the firearm to which it is attached, compared to the manufacturer’s stated intent when submitting an item.

These criteria are so arbitrary and capricious that they give no real guidance to either the industry, who will be gambling R&D dollars if they design products intended for this market space, or to buyers, who risk having the ATF visit their homes, demanding that previously legal products be surrendered on a whim.

Without concrete guidance (comprised of quantifiable design features), this will only serve to have a chilling effect on the entire marketplace for stabilizing braces.  Given the stated animosity toward gun owners expressed by the incoming administration, I cannot help but believe that this is an intended ‘feature’ rather than a ‘bug’.

The other part of the proposal that concerns me is the seemingly kind offer to allow those who have items newly-deemed to be subject to NFA regulation to take advantage of an expedited registration process and a ‘free’ tax stamp.  Given the Biden administration’s stated goal of attempting to classify most modern sporting firearms as subject to the NFA, I cannot help but think this might be a trial-run for such an attempt to get gun owners to register their AR and other semi-auto firearms in the NFA.  I should note that I have no information indicating this to be true but it seems far too convenient to be mere coincidence.

So what can you do to help?

We need you to make your voice heard!  At the bottom of this article is a link that will take you to Regulations.gov where you may submit your own comment.  The following are suggested comments you might consider:

Policymaking which imposes such a significant burden upon both citizens and industry should not be undertaken lightly.  Here, we have burdensome definitional changes / expansions which have the potential to damage or destroy segments of one of America’s few growing industries and it is not based upon an identified problem.  Rather, it is based upon mere conjecture.

The supposed ‘criteria’ laid out in this guidance document are so arbitrary and capricious that no reasonable person could look at them and make an informed decision.  The ATF admits as much when they say that evaluations will take place “on a case-by-case basis.”  This fails to give adequate notice to those subject to the rules thereby imposed against them.  This violates both the procedural and substantive due-process rights of manufacturers, buyers, and those who already own such items.

Without concrete guidance (comprised of quantifiable design features that place a product in the purview of the NFA), this will only serve to have a chilling effect on the entire marketplace for stabilizing braces.  The ATF is empowered to regulate NFA items based upon the clear language of the act, not upon an “I know it when I see it” arbitrary system.  It is past time that Congress revisits and refines the deference granted to the administrative aspect of the legislative branch.

ATF has failed to consider less intrusive forms of regulation that might accomplish the same goals.  By specifically defining design characteristics that bring an item under the purview of the NFA, they could achieve the same stated goal without exposing law-abiding citizens to the chilling effect of this arbitrary and capricious definitional scheme.

Passage of this proposed rule would do nothing to enhance safety but would only place additional bureaucratic roadblocks in front of law-abiding collectors and swamp ATF staff who are already overwhelmed.  The result would be a drastic increase in the processing time for NFA applications and potentially a collapse of the stabilizing brace industry. 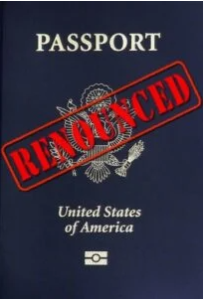 What happens to your gun rights after renouncing your citizenship?  Today’s post looks at this issue.

A few weeks ago I received a call from a woman who had renounced her citizenship in 2016.  I do not know if she made this decision for political or financial reasons but I do know that she had changed her mind and decided to undergo the naturalization process to try and regain her citizenship.

She was calling me because she wanted to know where she stood in regards to the right to purchase, possess, and transport firearms while she was awaiting the completion of the process.

She was making the assumption that she might not regain her firearm rights until she was once again a citizen.

She simply did not fully understand the significant, lifelong consequences of renouncing her citizenship.

Pursuant to 18 USC 922(g)(7), “[i]t shall be unlawful for any person … who, having been a citizen of the United States, has renounced his citizenship … to ship or transport in interstate or foreign commerce, or possess in or affecting commerce, any firearm or ammunition; or to receive any firearm or ammunition which has been shipped or transported in interstate or foreign commerce.”

The ATF addressed the permanence of this ban in a 1997 regulatory rulemaking entitled Definitions for the Categories of Persons Prohibited From Receiving Firearms (95R-051P).

Therefore, she, and anyone else similarly situated, can never regain the gun rights lost as a result of renouncing their citizenship.

Disclaimer:  This information is presented for educational purposes only and does not give rise to an attorney-client relationship. Additionally, I am licensed to practice law in the Commonwealth of Virginia and this information may not be applicable for other states. If you have further questions about this topic or any other in my areas of practice, please feel free to contact me for a free consultation.

Posted in 922(g), ATF, ATF Ruling, BATFE, Federal Law, Immigrants, Purchasing Firearms | Comments Off on Those who renounce their US Citizenship can never own guns again even if they regain citizenship 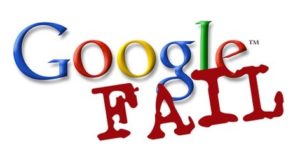 I have received multiple emails and telephone calls over the last several days asking if I am the attorney named John Pierce who is representing, or fundraising on behalf of, Kyle Rittenhouse.

I am NOT that ‘John Pierce’.

A quick Google search reveals that the John Pierce in question is apparently the founder of the firm Pierce-Bainbridge.

I, on the other hand, am a solo-practitioner, practicing only in Virginia, far from Wisconsin.

So … whether you are a member of the media wishing an interview, someone wishing to support Mr. Rittenhouse, or someone who wants to yell at, and-or threaten, the attorney who is representing him, do not call me, for I am not him.

However, if you are a Virginia resident, or a member of the military stationed in Virginia, who needs an NFA Trust, wishes to petition for restoration of firearm rights, has been denied a concealed handgun permit, or who has been charged with a criminal matter in Virginia relating to firearms laws, then please feel free to contact me for a free consultation.