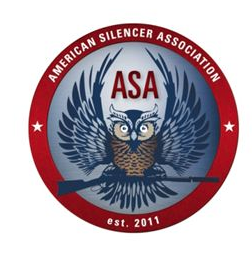 Last week, the board of the American Silencer Association (ASA) met with the NFA branch to get an update on the status of the proposed rule change regarding the use of trusts to acquire NFA items.

As you may recall, the comment period for the proposed rule change (known as 41p)  ended on December 9th of 2013 and since then we have all been waiting anxiously for the ATF to provide information about the number of valid comments submitted.

The ATF told the ASA that there were an astonishing 9,504 comments received.  However, approximately 1,000 of these were disqualified for vulgarity, anonymity, or non-applicability.  That still leaves around 8,500 comments, almost all of which were opposed to one or more aspects of the rulemaking.

Because of the extraordinary number of comments in opposition to the proposed rule, the ATF stated that they anticipate it will take at least a year before they will be able to move on to the final rulemaking process.

At that time, we will see what effect our comments have had on the text of the rule.  If the CLEO sign off remains as part of the final rule, or if the defects in the ‘responsible persons’ language is not addressed then there will almost certainly be legal challenges to the rulemaking process.

In the meantime, the NFA trust remains hands-down the best vehicle for NFA ownership.