Virginia now recognizes the gun rights restorations of all other states 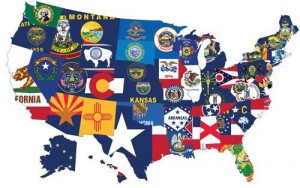 Back in August of last year I wrote an article entitled “Will Virginia honor a gun rights restoration from another state?”

In that article I noted that the answer was “unfortunately … a resounding ‘no!’”

But thanks to legislation introduced by Delegate Webert, and championed by the Virginia Citizens Defense League, that is no longer the case!

The bill, HB2286, adds “any person whose right to possess firearms or ammunition has been restored under the law of another state” to the list of those not prohibited from possessing firearms and ammunition following a disqualifying offense.

If you have had your right to possess firearms restored in another state and are now a resident of Virginia, this is great news!

You will need to submit a letter along with acceptable proof of the restoration from the other state to the Virginia State Police Firearms Transaction Center and ask that your record be flagged as no longer prohibited.