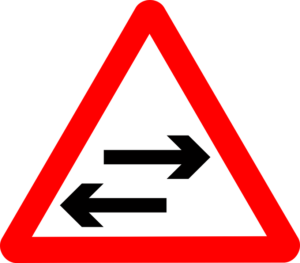 Social media is buzzing about the recent release of a letter from the ATF regarding folding or telescoping ‘stabilizing braces’, non-standard receiver extensions, and the measurement of overall length (OAL).

I have received several calls and emails from clients who are unsure whether this ruling will impact their particular configuration(s).

While there may be other implications, this ruling will primarily affect those who have added a folding or telescoping stabilizing brace (or other non-standard receiver extension) to a pistol with the intent of making the OAL greater than 26 inches so that a vertical fore-grip may be added to the pistol without it becoming an Any-Other-Weapon (AOW).

The ATF’s position is as follows:

a) Adding a vertical fore-grip to a pistol generally makes it an AOW subject to the requirements of the National Firearms Act (NFA).

b) However, if the overall length (OAL) of the pistol is greater than 26 inches then adding a vertical fore-grip doesn’t result in the pistol becoming an AOW. 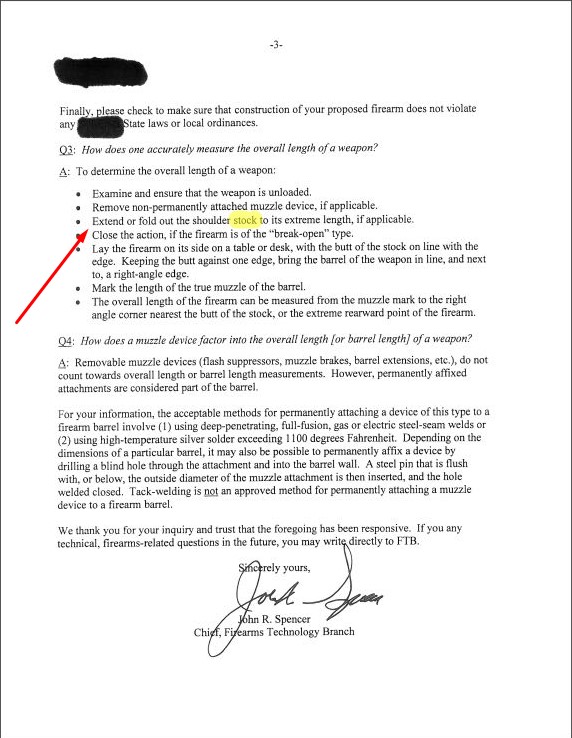 However, this latest ruling makes it clear that ‘stabilizing braces’ are NOT stocks and they must be measured with the brace folded or collapsed.  If the OAL with the brace folded or collapsed is less than 26 inches then the addition of a vertical fore-grip will render said firearm an AOW.  If you have such a firearm, I recommend remove the vertical fore-grip immediately.

Finally, there is a second component of the ruling that few people are discussing: the language regarding non-standard receiver extensions.  What does this mean?  I interpret it to mean that if you have a non-folding and non-telescoping brace which would, in its default configuration, not be greater than 26 inches, you cannot use spacers or other extensions to artificially extend it beyond 26 inches.  If the only reason your pistol configuration is greater than 26 inches is that you have a spacer installed and you have a vertical fore-grip installed, I recommend you remove the vertical fore-grip immediately.