Does a center console count as a ‘secured container’ for purposes of the Virginia concealed carry law? 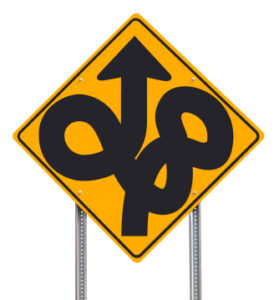 Last year I received a call from a prospective client who had been charged with carrying a concealed firearm without a permit.  For purposes of this article, we will call him ‘Bob’.

Bob had been initially appointed counsel and was being advised by said counsel to consider accepting a plea agreement.  He was concerned by this because he felt, based upon his layman’s reading of the statutory language, that he had not been violating the law at all.

With the law, the devil is always in the details, so let’s review the specifics of the matter.  The incontrovertible facts, supported by the police report, were as follows:

Having set the stage, let’s look at the statutory framework.  § 18.2-308 governs the general prohibition on carrying a concealed weapon in the Commonwealth of Virginia.  However, there are a number of exceptions, including the one that Bob had been relying upon when transporting his firearm in a closed and latched center console.

8. Any person who may lawfully possess a firearm and is carrying a handgun while in a personal, private motor vehicle or vessel and such handgun is secured in a container or compartment in the vehicle or vessel;

This exception was added in 2010 via H 885 and I remember its addition quite well since at the time, just as now, I was actively involved with advocating for improvements to Virginia’s gun laws in favor of law-abiding citizens.

The original introduced version (full version history can be viewed here) used the term ‘secured‘ but the version that ultimately passed the House and Senate had changed this word to ‘locked‘.  Governor McDonnel sent it back, specifically asking that the word be changed back to ‘secured‘.  The General Assembly acquiesced and the version signed into law had the word as ‘secured‘.  This is vital because it clearly demonstrates that the word is intended to mean something other than ‘locked‘.

But is There Case Law?

I am glad you asked … because there is.  In 2015, the Court of Appeals of Virginia ruled on this very matter in Hodges v. Commonwealth, 771 S.E.2d 693 (Va. Ct. App. 2015). Without addressing the extraneous details of the Hodges case, he was charged with a concealed carry violation for a firearm in a center console and one of the questions before the Court was whether the exception noted above applied to the center console of a vehicle which was closed but not locked.

Here is what the Court had to say:

Prior to 2010, unless a limited exception applied, this restriction precluded the transportation of a handgun in a concealed manner in a vehicle, including instances where the firearm was stored in a glove compartment or center console.

In 2010, however, the General Assembly enacted … an additional exception to the general prohibition of Code § 18.2–308(A). That exception … provides that Code § 18.2–308(A)’s prohibition on carrying a concealed weapon “shall not apply to … [a]ny person who may lawfully possess a firearm and is carrying a handgun while in a personal, private motor vehicle or vessel and such handgun is secured in a container or compartment in the vehicle or vessel….” Thus, it is not a violation of Code § 18.2–308(A) to carry a handgun in a car’s glove compartment or console so long as the gun is “secured.”

We addressed the new exception in Doulgerakis v. Commonwealth, 61 Va.App. 417, 737 S.E.2d 40 (2013).  Reviewing the legislative history that led to the enactment of the exception, the Court determined that “locked” and “secured” were not synonymous, and therefore, a weapon did not have to be in a locked container within the vehicle to fit within the exception. … The Court then defined “secured” as “in safekeeping or custody” or “well-fastened.”

Consistent with Doulgerakis, we [find] that “secured” is not synonymous with “closed.” To fall within the exception, the container within the vehicle must not only be closed, but also must be latched or otherwise fastened.

As we noted in Doulgerakis, “the legislature, by adopting the exception relevant here, determined that a weapon ‘secured in a container or compartment in the vehicle’ was not ‘readily accessible for use or surprise if desired.’ ”

In addition, the Court ruled that this exception is not a statutory defense which the defendant must prove but rather an element which the Commonwealth must prove in order to secure a conviction.  In their words:

[T]he Commonwealth ultimately bears the burden to establish that the allegedly concealed weapon was not secured in a container within the vehicle … [Applying the test from Foley v. Commonwealth, 63 Va.App. 186, 755 S.E.2d 473 (2014)], the evidence required to establish whether a gun is secured within a console is not “peculiarly within the knowledge of the defendant.”  … In general, when officers discover a weapon in the center console of a vehicle, they will have knowledge at least equal to that of the defendant as to whether the console was locked, latched or otherwise secured. In this case, the officers had superior knowledge because the officers actually opened the console. Accordingly, despite an officer not being able to recall at trial whether or not the console was latched, the officers possessed that information at the time that the console was opened.

The Court then summarized their logic by stating that:

As noted above, the 2010 enactment of this exception represented a significant change in the law of the Commonwealth. Aware of our decisions in Leith and other similar cases, the General Assembly chose to effectively reverse those holdings, making the policy choice that, going forward, a weapon, secured in a container (such as a center console) within a vehicle, would not be considered a concealed weapon for the purposes of Code § 18.2–308. It would be anomalous for the General Assembly to have made such a sweeping change in the law of the Commonwealth only to implicitly place on a citizen the burden of asserting that very change.

“[W]e assume legislative familiarity with Virginia case law when the legislature enacts a statute which might impact upon that law.” Washington v. Commonwealth, 46 Va.App. 276, 281, 616 S.E.2d 774, 777 (2005). Given the legislative language selected, it is clear that, in this instance, the assumption is more than a convenient legal fiction.

While this is a great deal to digest for those who do not regularly read case law, the highlighted section above does a good job of summarizing the Court’s finding.

So where does this leave Bob?

The short answer is that Bob needed counsel who was familiar with firearms law.  He did not retain me so I do not know what outcome he received in his case but I hope his counsel was able to properly defend him.

If you have a firearms issue, I strongly advise you to contact me, or another attorney who is intimately familiar with firearms law, to give you the best chance of a positive outcome in your case.