Demystifying the age to acquire, possess, and carry handguns in Virginia 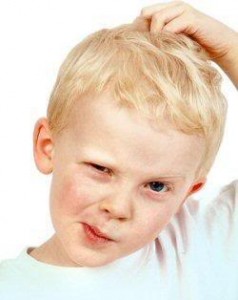 Based upon a recent posting on the Virginia Citizens Defense League Facebook page there seems to be quite a bit of confusion about Virginia’s gun laws where minors and handguns are concerned.

In fact, there seems to be just as much confusion about what actually constitutes a ‘minor’.

So I thought it would be beneficial to break it down step-by-step.

Let’s start by defining our terms.  As I noted above, there is some confusion about what is meant by the term minor.  Luckily, in Virginia we have a definitive answer.

§ 1-207 of Chapter 2.1 of the Code of Virginia which contains rules of construction tells us that “‘Child,’ ‘juvenile,’ ‘minor,’ ‘infant,’ or any combination thereof means a person less than 18 years of age.”

Now that we have the term minor defined, let’s move on to the various age brackets.

Are you under 18 years of age?

Those under the age of 21 are prohibited by federal law from purchasing handguns from a licensed dealer.  This is codified at 18 USC § 922(b)(1) which reads:

This leaves open the possibility that those under 18 might be able to acquire firearms from a private seller or as a gift.  Let’s look and see what state law has to say about the subject.

Where handguns are concerned, Virginia law generally prohibits any transfer to those under the age of 18.  However, there are several important exceptions.  This is codified at § 18.2-309(B) of the Code of Virginia which reads:

B. If any person sells, barters, gives or furnishes, or causes to be sold, bartered, given or furnished, to any minor a handgun, having good cause to believe him to be a minor, such person shall be guilty of a Class 6 felony. This subsection shall not apply to any transfer made between family members or for the purpose of engaging in a sporting event or activity.

There is also a federal statute which heavily restricts the ability to transfer handguns to minors.  18 U.S.C. 922(x) provides in part that:

(1) It shall be unlawful for a person to sell, deliver, or otherwise transfer to a person who the transferor knows or has reasonable cause to believe is a juvenile—

(B) ammunition that is suitable for use only in a handgun.

(B) ammunition that is suitable for use only in a handgun.

(3) This subsection does not apply to—

(i) in the course of employment, in the course of ranching or farming related to activities at the residence of the juvenile (or on property used for ranching or farming at which the juvenile, with the permission of the property owner or lessee, is performing activities related to the operation of the farm or ranch), target practice, hunting, or a course of instruction in the safe and lawful use of a handgun;

(ii) with the prior written consent of the juvenile’s parent or guardian who is not prohibited by Federal, State, or local law from possessing a firearm, except—

(II) with respect to ranching or farming activities as described in clause (i), a juvenile may possess and use a handgun or ammunition with the prior written approval of the juvenile’s parent or legal guardian and at the direction of an adult who is not prohibited by Federal, State or local law from possessing a firearm;

(iv) in accordance with State and local law;

(B) a juvenile who is a member of the Armed Forces of the United States or the National Guard who possesses or is armed with a handgun in the line of duty;

(C) a transfer by inheritance of title (but not possession) of a handgun or ammunition to a juvenile; or

So … Those under 18 may legally acquire handguns (ownership) from family members or in a private transfer for the purpose of engaging in a sporting event or activity, or as the federal statute states it … for target practice, hunting, or a course of instruction in the safe and lawful use of a handgun.

However, that is not the end of the analysis.  Once they ‘own’ a firearm then we must determine if there are other limitations on its use.

There are several statutes which address possession and use of firearms by minors.  Let’s start with § 18.2-56.2 which reads:

A. It shall be unlawful for any person to recklessly leave a loaded, unsecured firearm in such a manner as to endanger the life or limb of any child under the age of fourteen. Any person violating the provisions of this subsection shall be guilty of a Class 3 misdemeanor.

B. It shall be unlawful for any person knowingly to authorize a child under the age of twelve to use a firearm except when the child is under the supervision of an adult. Any person violating this subsection shall be guilty of a Class 1 misdemeanor. For purposes of this subsection, “adult” shall mean a parent, guardian, person standing in loco parentis to the child or a person twenty-one years or over who has the permission of the parent, guardian, or person standing in loco parentis to supervise the child in the use of a firearm.

Out of an abundance of caution, I take this code section to imply that legally any minor under the age of 15 should be under the supervision of an adult at any time they are using a firearm.

But that is not all.  While offering fairly broad exceptions for private lands, target shooting, and hunting, § 18.2-308.7 further limits the ability of minors to possess and transport handguns in the Commonwealth.  It reads in part :

It shall be unlawful for any person under 18 years of age to knowingly and intentionally possess or transport a handgun  … A violation of this section shall be a Class 1 misdemeanor.

This section shall not apply to:

1. Any person (i) while in his home or on his property; (ii) while in the home or on the property of his parent, grandparent, or legal guardian; or (iii) while on the property of another who has provided prior permission, and with the prior permission of his parent or legal guardian if the person has the landowner’s written permission on his person while on such property;

2. Any person who, while accompanied by an adult, is at, or going to and from, a lawful shooting range or firearms educational class, provided that the weapons are unloaded while being transported;

3. Any person actually engaged in lawful hunting or going to and from a hunting area or preserve, provided that the weapons are unloaded while being transported; and

4. Any person while carrying out his duties in the Armed Forces of the United States or the National Guard of this Commonwealth or any other state.

In addition, 18 U.S.C. 922(x) governs possession and use as well as initial transfer.

As noted above, those under the age of 21 are prohibited by federal law from purchasing handguns from a licensed dealer by the provisions of 18 USC § 922(b)(1).

However, there is no prohibition under Virginia law preventing someone 18 years of age or older from acquiring a handgun via a private sale.

Therefore, it is perfectly legal for someone 18 to 20 years of age, who is otherwise not prohibited from possessing firearms, to acquire one via a private sale.

Virginia is an unlicensed open carry state.  Additionally, there is no prohibition under Virginia law preventing someone 18 years of age or older from openly carrying a legally-owned handgun.

The only disability that applies to those 18 to 20 years of age is an inability to apply for, and receive, a Virginia concealed handgun permit (CHP).  § 18.2-308.02 of the Code of Virginia limits this to those 21 years of age or older.  It reads in part:

The summary for those 18 to 20 years of age is much simpler than that for minors.  These legal adults may acquire handguns through private sales and may openly carry them so long as they avoid those places statutorily off limits to open carry.  Their only limitation is an inability to apply for, and receive, a concealed handgun permit.