Can you own body armor after having your gun rights restored? 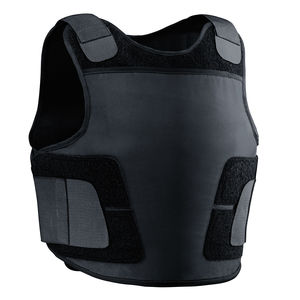 Because of the imperfect intersection of local, state, and federal laws, there are a number of legal questions that arise when a felon has their gun rights restored.

Today’s question is whether a person who was convicted of a felony and subsequently had their gun rights restored can purchase or possess body armor.

The legal answer (as always) is “maybe.”

Let’s start with the standard disclaimer that I am only licensed to practice law in the Commonwealth of Virginia and nothing I say should be considered valid in any other jurisdiction.

Turning first to the state level.  Under Virginia law, there is no prohibition on the purchase or possession of body armor by convicted felons regardless of whether or not a person has had their gun rights restored.

In fact, there is only a single code section which even mentions body armor and that is §18.2-287.2 which prohibits the wearing of body armor while committing a crime.

Since I am assuming that the questions from my clients involve using the body armor for lawful purposes then there is no bar at the state level.

Under federal law, the relevant prohibition is at 18 U.S. Code § 931.  This statute prohibits the purchase, ownership, or possession of body armor by anyone who has been convicted of a ‘crime of violence’.

There is a single exception for those who have written documentation from his or her employer that “the … purchase, use, or possession of body armor was necessary for the safe performance of lawful business activity; and … the use and possession … were limited to the course of such performance.”

As to whether or not a specific crime is considered a ‘crime of violence’, this is defined in 18 U.S. Code § 16 which states:

The term “crime of violence” means—
(a) an offense that has as an element the use, attempted use, or threatened use of physical force against the person or prop­erty of another, or
(b) any other offense that is a felony and that, by its nature, involves a substantial risk that physical force against the person or property of another may be used in the course of committing the offense.

To return to the original question …

If your crime was a ‘crime of violence’ (as defined above) then you may not purchase, own, or possess body armor.

If your felony was anything other than a crime of violence then there is no legal bar to your purchase or possession of body armor for lawful purposes.